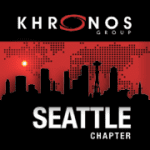 Standardization is vital for the future of the VR and AR markets, especially as the number of companies involved in developing VR and AR hardware is on the rise. A large number of non-standardized platforms can alienate application developers who may not be willing to code programs for certain ecosystems, and in turn, this can hurt consumers who may be left with too many watered-down choices unable to tick all their boxes.

Earlier this year, the Northwest-based Khronos Group, a consortium responsible for standards like OpenGL as well as the creation of the new Vulkan API l revealed the name of its Virtual Reality Initiative.

The proposed standard, called OpenXR, and the idea behind the open consortium is to allow VR (Virtual Reality) and AR (Augmented Reality) hardware and software developers to work together and steer these industries into an open, standardized future.

Khronos Group invites any interested companies to join the consortium and get involved in the standardization of the VR and AR industries. 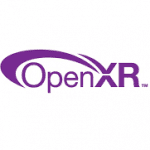 An event in Seattle this week, (Tuesday, May 2nd), from 5:00-8:30 p.m. at Atlas Workbase, 500 Mercer Street, sponsored by Tim Reha, CNDY Factory & Tim Kitchen, Seattle Hacker News Meetup, will  launch Seattle’s new Khronos Chapter Meetup.  At the meeting, attendees will discuss the future of the 3D Web and standards such as OpenXR to help lay the foundation for the industry and XR startups. 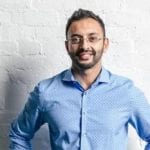 Vinay Narayan, Executive Director of the HTC VIVE, and one of the event speakers, explained the mission: “The need to create standards that allow ecommerce in VR and basic infrastructure tools such as file formats will drastically improve the speed in which quality content is created. The Khronos efforts have been previously successful in creating those standards and with OpenXR, the combination of vision, experience, and involvement of industry stakeholders will ensure the best path for broad VR adoption.”

What will it take for VR/AR to compete with TVs, phone and tablets?

“Studies have shown time spent in VR can be more impactful than traditional mediums,” said Narayan. “We believe it is the most immersive form of entertainment available today. However, AR/VR is much more than entertainment, as a result enterprise is the fastest growing segment today. Major industries such as automotive, hospitality and medical are all looking at VR applications today to improve training, sales and product design. A large segment of today’s enterprise applications are centered on training, but we are also seeing large adoption in telling brand stories via VR.” [24×7]