The Washington Interactive Network (WIN), presenters of this week’s Power of Play conference on 4.26 at the Meydenbauer Center in Bellevue, has announced the recipients of their inaugural leadership awards.

The awards are made to acknowledge those individuals that have made significant contribution to the Washington State interactive media industry.

The winners were nominated and selected by industry executives and the Washington Interactive Network Board of Directors. The purpose of these awards is to highlight local game industry leaders who have reached levels of excellence.

“These awards present an opportunity to showcase the leaders and difference-makers in Washington’s thriving game and interactive media industry,” said Kristina Hudson, Executive Director of Washington Interactive Network. “We are thrilled to honor Jesse and Katy Jo and are excited to see their continued success.”

Game Executive of the Year Jesse Rapczak helmed Studio Wildcard as they generated over $250M in Gross Revenue since the Early Access launch of its first game, ARK: Survival Evolved.  Having sold nearly 10M units to date across Steam, Xbox One, and Play Station 4. ARK’s concurrent player counts consistently put it in the top 5 games played worldwide on Steam every day, nearly two years after release. The final version of the game and full retail release is still yet to come in 2017.

“I’m humbled at being named Executive of the Year,” said Rapczak. “Big revenue and high user counts are quantitative indicators of success, but the true success story is the amazing team of people I work with every day who passionately pour their hearts and talents into our unique culture and the products we’re creating. The deep game industry heritage of the Seattle region was a huge factor in our decision to start the studio here, and I’m super excited for what the future holds for our young company.” 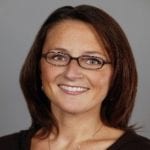 Game Changer of the Year Katy Jo Wright started Gaming For Everyone with the sponsorship of Phil Spencer, Bonnie Ross, Shannon Loftis and Dave McCarthy. This program was poised to shift the mindset in applying diversity and inclusion to not just the people, but to the product and gamers as well. With an end-to-end focus to integrate inclusive thinking and practices into everything they do at Xbox, Katy Jo and Gaming For Everyone has driven change in the product, the Xbox culture, and the employee base and is an influencer in driving change across the industry.

“I am deeply honored to receive this award!  It has been a privilege to be a part of such an awesome journey with Team Xbox and our industry partners,” said Wright. “The desire to play is universal for all human beings, which makes it particularly meaningful to be a part of delivering our mission to enable fun for everyone!  We are really just getting started, so it is exciting to have our momentum be recognized.”

From the biggest companies like Xbox, Bungie, and Blizzard to the best of the indies like Oxenfree, Darkest Dungeon, and Mages of Mystralia, all will be at Power of Play on April 26th to do some sharing, learning and celebrating.

Hear Bungie and Darkest Dungeon talk about the tips and tricks to engaging your community, to avoiding pitfalls, and strategies to maximize your influencers.

Check out the VR/AR Track dedicated to immersive entertainment content.

Learn how motion controllers are changing VR. See the latest in VR/AR tech, and learn how and when you should start thinking of developing for this platform.

See 50+ demos of the newest indie games and watch 10 finalists compete for the Seattle Indie Game Competition Crown and prizes.