In a civil engineering feat that’s been anything but “boring,” Seattle’s gigantic tunnel drilling machine, “Big Bertha,” reached the end of its 1.75-mile journey Tuesday, nearly four years after it embarked on its epic waterfront dig.

Bertha’s 9,270 foot crawl that began in July 2013 marks the second  circumnavigational technology on the Seattle waterfront, submerged out of sight below the towering Great Ferris Wheel on Pier 57.  The two make a great pair. Thanks to Bertha, the crumbling, double-decker viaduct will soon be disassembled making room for a spacious public park.

Seattle Mayor Ed Murray said completing a tunnel that will serve as an underground highway was “a major construction milestone in our plan to reclaim Seattle’s waterfront.” He added the city is one step closer to taking down the viaduct for “our vision of a well-connected 21st century city” serving “pedestrians, transit and sensible car trips.” 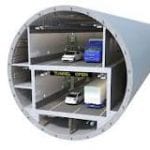 The tunnel project was not always a smooth journey. From a sinkhole that shut down operations for months to cost overruns that climbed to nearly $500 million, the project caused some headaches. However, Bertha finished the journey without any major hiccups since digging resumed in December 2015.

As for tolls for the new tunnel, the state transportation commission says it’s too soon to know the price.

Former Washington Governor Christine Gregoire, who was a driving force to replace the Alaskan Way Viaduct with a tunnel, said she always believed it was the right decision.

“Even during the worst of times, I never lost faith,” Gregoire said. “That doesn’t say I wasn’t praying it would happen, but I’ve always been optimistic it was going to get done.”

Gregoire believes the tunnel had to be built and points to studies that the viaduct likely wouldn’t survive another earthquake.

Meanwhile, some lawmakers are working in Olympia on a bill to make Seattle pay for the cost overruns on the tunnel instead of the state of Washington. 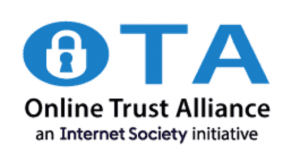 The Online Trust Alliance (OTA) and the Internet Society (ISOC) have combined resources, expanding the reach and impact of the new organization to a broader group of stakeholders and industry members.

The two non-profits have a mutual history of working with their members to promote initiatives that enhance online security. Under the agreement, OTA will operate within the Internet Society, and members will automatically become Internet Society members. Together they will build and expand multiple initiatives including OTA’s annual Online Trust Audit and Cyber Incident Response Guide, and Internet of Things (IoT) Trust Framework.

Formed by “the fathers of the internet” Vint Cerf and Bob Kahn in 1992, the non-profit Internet Society is backed by more than 95,000 individual members and supporters, 122 Chapters around the world, as well as more than 110 organizational members.  It is also the organizational home of the Internet Engineering Task Force (IETF) and the Public Interest Registry (PIR) which manages the .ORG, .NGO and .ONG domain names.

For more than a decade, OTA has played a key role in bringing together public and private sector stakeholders to develop best practices that maximize consumer trust and consumer protection. Its members span those companies that use the Internet like Twitter, the Gap, ADT, American Greetings and those that define it like Microsoft, Symantec and Verisign.

“OTA and ISOC are excited to join forces in order to improve online trust, enhance data security, promote responsible privacy practices, and bolster the development and use of an open Internet,” said OTA President and Executive Director, Craig Spiezle. “By working together, OTA’s vision and mission will be sustained and amplified with the resources, reach and stature of the Internet Society.”

“The Internet Society and OTA share the belief that trust is the key issue in defining the future value of the Internet,” said Internet Society President and CEO, Kathryn Brown. “Now is the right time for these two organizations to come together to help build user trust in the Internet. At a time when cyber-attacks and identity theft are on the rise, this partnership will help improve security and data privacy for users,” added Brown.

Founded in 1992, the Internet Society is backed by more than 95,000 individual members and supporters, 122 Chapters around the world, as well as more than 110 organizational members. The Internet Society achieves change through partnerships and expertise in policy, technology and development.

OTA and ISOC share a deep interest in security and privacy,” said Internet Society Trustee and author of “The Internet for Dummies,” John Levine. “OTA’s experience driving adoption of privacy technology and its long-standing relationships with online businesses bring a new dimension to ISOC.” [24×7] 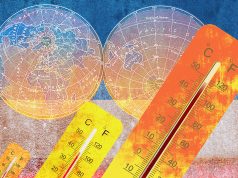 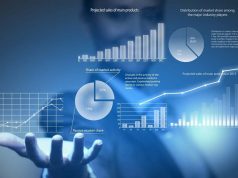 Learning and Earning: Apprenti May Have the Ultimate Answer to All that Pains America