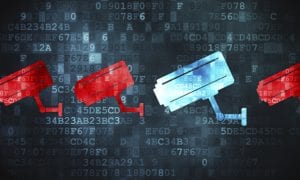 The Online Trust Alliance, a Seattle-based, non-profit think-tank with the global mission to enhance online trust and user empowerment while promoting innovation and the vitality of the Internet, shared its assessment of this week’s congressional repeal of FCC Privacy Rules with Seattle24x7.

“The vote to repeal FCC broadband privacy controls is a sad day for consumers, businesses and the United States.  While the rest of the world is increasingly recognizing privacy as a basic human right, Congress has failed the U.S. and society as a whole.  Not unlike global warming and pollution, the long-term impact of giving our data to Internet service providers and wireless carriers will be significant. Trade groups and politicians talk about role of self-regulation, stewardship and ethical data practices, but at the end of the day our elected officials failed us and our families.

We have lost sight of the impact to society and our values.  It is important to recognize that broadband providers have a unique line of sight into our personal lives.  When this data appended with our TV habits and physical address, the resulting “dossier of our lives” is redefining the definition of big data.  It is no wonder the EU-US Privacy Shield Framework regulation continues to be debated and the importance of the EU General Data Protection Regulation (GDPR) is being heightened.

In an era of the U.S. government focusing on alleged wiretaps and cyber spying, we are now effectively handing this same data over to broadband providers to sell and share as they like.  They (internet service providers and wireless carriers), have realized the benefits of receiving spectrum licenses, and easements and “public right of way” for their cable.  With the repeal of these rules Congress gave them a “right of way” to our data.  The result is consumers are paying monthly for their internet and now will be paying in perpetuity with their family’s data.

The argument that all businesses should be treated the same does not hold water.  Unlike choosing to use Google search or Facebook, consumers have little choice on who their ISPs is and the barriers (i.e. costs) to change providers can be significant. Comparing their practices to websites is like comparing apples to oranges.

What is next?  Now is the time for ISPs and wireless carriers to show leadership and make consumer privacy part of the value proposition versus driving profits to the bottom line.  President Trump, now is the time to put consumers first versus the interest of those lurking in the DC swamp.  In the meantime watch where you browse and what you put in email as your data may now be offered to the highest bidder.”

The “Biggest Winner” by far in the new legislation is Verizon and appears to justify Verizon’s acquisition of the beleaguered AOL.  AOL provides the technology to target individuals instead of content, and Verizon the ability to track those individuals — at least the over 100 million customers they already have — at arguably a deeper level than anyone else in digital advertising.  Other ISPs could benefit as well, although only Verizon already has the infrastructure in place.

Uninformed representatives in Congress bought the argument that since Google and Facebook are able to track and profile their users according to some online behaviors, ISPs should be given an equal opportunity.  However,  consumers make an (implicit) deal when they use Google or Facebook. Instead of paying money to use Google and Facebook, users pay with their data. Now, users will pay ISPs with both.

The remaining options for consumers are to adopt either an Internet Proxy Server for browsing the Internet in anonymity or to install an encrypted  VPN. Net neutrality advocates  are left with a kind of Sophie’s Choice: privacy protections or net neutrality. [24×7]