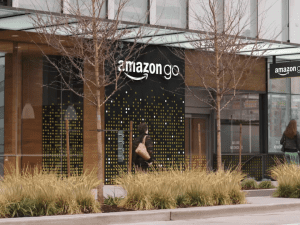 Amazon Launches the Go Store. No Lines. No Checkout. Just Grab and Go!

Amazon has expanded the definition of “convenience store” with a new shopping experience in Seattle at 2131 7th Ave, on the corner of 7th Avenue and Blanchard Street. The new store, called Amazon Go, features no checkout lines, and, don’t wait for it, no checkout either.

The streamlined shopping experience is made possible by the same types of technologies used in self-driving cars: computer vision, sensor fusion, and deep learning. Amazon’s Just Walk Out technology automatically detects when products are taken from or returned to the shelves and keeps track of them in a virtual cart. When you’re done shopping, you can just leave the store. Shortly after, your Amazon account will be charged and you will be sent a receipt.

The new store is currently open to Amazon employees during a Beta program, and will open to the public in early 2017.  [24×7] 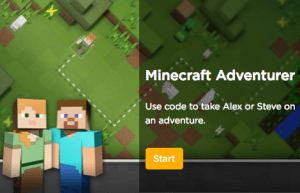 Microsoft has created a Minecraft coding tutorial with Code.org called the Minecraft Hour of Code Designer. Aimed at students and educators, the tutorial was specially designed for the Hour of Code.

“Today marks the beginning of Computer Science Education Week (CSEdWeek),” wrote Microsoft corporate vice president Mary Snapp to  the Microsoft on the Issues blog. “This annual initiative mobilizes educators, parents, nonprofits and the industry to inspire all young people to learn computer science and open the door to a promising future.” [24×7]

The first ThinkGeek store in the western U.S., has opened along Seattle’s I-5 at the Northgate Mall.

Offering the trendiest in gizmos, collectibles, toys and apparel, it’s the perfect place to shop for everyone on your tech support list. Hard-to-find items include comic book merchandise and everything from Star Wars light sabers to Bluetooth enabled Star Trek Tricorders and Game of Thrones tableware.

Founded in 1999, ThinkGeek began to open stores across the country after being acquired by GameStop. Seattle is currently the only West coast location in the galaxy. [24×7]