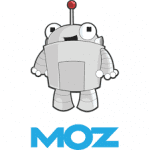 When Seattle24x7 entitled a recent ShopTalk interview with Moz CEO Sarah Bird and founder Rand Fishkin “SEO SOS,” the headline was not intended to prognosticate the 28% reduction in Moz’s workforce that the SEO company announced last week.

In a blog post, CEO Bird cited the increase in product breadth and diversification that has occurred inside of Moz as attributing to the increased complexity of its services. With the SEO tools-maker’s rapid expansion into new acquisitions, services and markets, Bird explained the company was overextended and would be returning to its core search product emphasis.

That said, our “SEO SOS” headline flagged a more fundamental change occurring in the search “ecosystem” in the absence of any form of search engine regulation or self-regulation by Google to ensure fairness. Several recent developments in SEO seem both unmistakable and inescapable.

First, the decline, if not the “demise,” of Yahoo, soon to be a Verizon company, has cut the “Big Three” search engines down to two. Yahoo has not been the search contender it once was. Under the misguided leadership of Marissa Mayer, Yahoo could not summon any kind of market redemption in amplifying its search products, even while Google continued to innovate across a multitude of search-related fronts.

Secondly, the steadfast but still modest market share of Microsoft’s Bing, once run by one Satya Nadella, has barely impacted the Google hegemony.  Google’s forward march into machine learning, its “Rank Brain” algorithmic extension, the realignment of Google AdWords, Google Maps, and an overhaul of the Search Engine Results Page (SERP), have left many with an uneasy feeling about democratic search engine politics vs. Google profit.

When Google Quality ambassador Matt Cutts took an extended leave of absence from Mountain View to take up a new role in the U.S. Digital Service department, specifically the Defense Digital Service at the Pentagon, the search world lost Google’s leading advocate for SEO as evidenced by Matt’s constant presence at search industry conferences. I can’t help but think that Matt can no longer defend the in-house incursions by Google on behalf of its stockholders against open, organic search in favor of paid search advertising.

Make no mistake, we are not penning a eulogy nor an obituary for SEO. But like the “death of a thousand cuts,” the interests of most SEO professionals are increasingly being seen as oppositional to Google’s definition of a quality user experience. Said differently, any attempt to manipulate what Google dictates is the natural order of search results is, by definition, a QA effort to be quelled, not embraced. Both the Panda and Penguin updates were Google counterattacks against poor content and private blog networks.  These were only the beginning.

Our still nascent information services industry needs to establish policies that make it possible for all entities to compete against brand leaders for search engine visibility. In the final analysis, there is little difference between discriminating between search results online and discriminating against merchants or business in the brick and mortar world.

As Moz goes, so do the aims and hopes of an SEO industry to see emerging business and ideas compete with nationally branded, monied interests.  That is a clarion SOS call to SEO action!  [24×7]