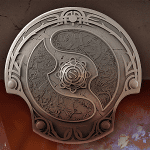 The doors to Key Arena were flung open at 9:00 a.m. Monday morning to welcome a crush of cyber gaming fans to the crowning tournament of the competitive DOTA 2 season — the International 2016 Main Event.

What is DOTA, you may ask? DOTA, or Defense of the Ancients, is a multiplayer online battle arena which began as a modification for the game Warcraft III, but quickly took on a life of its own.

The objective is for each team to destroy the opponents’ Ancient, heavily guarded structures at opposing corners of the map. Players use powerful units known as heroes, and are assisted by allied heroes and AI-controlled fighters. As in role-playing games, players level up their heroes and use gold to buy equipment during the mission.

Sixteen teams play in a double-elimination format over six days.

Since its original release, DOTA has become a feature at several worldwide tournaments, including Blizzard Entertainment’s BlizzCon and the Asian World Cyber Games, as well as the Cyberathlete Amateur and CyberEvolution leagues. Seattle’s Valve Corporation acquired the intellectual property rights to DOTA to develop a stand-alone sequel, Dota 2, which was released in July 2013.

Want to watch? The live action can be viewed outdoors with other DOTA fans on the lawns next to Key Arena. Every day of the Main Event there will be a large LED screen on Fisher Lawn, open and free to any fans who want to be a part of the biggest DOTA celebration of the year. On Friday and Saturday another screen will be added on the Fountain Lawn. 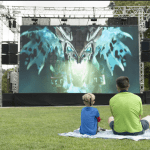 The broadcast stream is also live and can be viewed on TWITCH or via the dota2.com Website. Tune in a few hours late, or relive the previous day’s full broadcast complete with pause and rewind features. The results of each day’s games are hidden by default in the Replays section of the website to help avoid spoilers.

Daily tickets will cost $25 each and will be released each morning starting at 7:00 a.m. Monday and 8:00 a.m. Tuesday – Thursday at the Key Arena West Box Office. These tickets are available on a first-come, first-served basis, and are not available Friday and Saturday. [24×7]