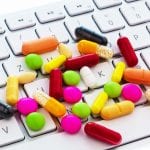 When Walgreens, the nation’s largest drug store chain, announced its $429 million cash buyout of Drugstore.com in 2011, many analysts speculated it was mostly for the value of the domain name.

At the time, Drugstore.com had revenue estimates of a “mere” $529.6 million for 2011 compared to more than $65 billion a year for Walgreens brick and mortar (and pestle) stores.

Another reason the online pharmacy may have been an attractive target was its “parentage.”

Drugstore had already been “adopted” by Amazon which owned a 40% stake in the company. Moreover, the Drugstore.com board of directors could be counted among the corporate elite. At one time, the board room conference table seated Melinda French Gates of the Bill and Melinda Gates Foundation, Amazon CEO Jeff Bezos, Starbuck’s CEO Howard Schultz, Kleiner Perkin’s venture capitalist John Doerr and Peter Neupert, the corporate VP for Health Strategy at Microsoft, who took over as Drugstore.com chief executive before becoming chairman.

It was Neupert who surmounted one of the biggest roadblocks to building an online drugstore: the ability to fill prescriptions covered by insurance. How? Neupert sold a 25% chunk of Drugstore.com to drugstore-chain Rite Aid Corp., gaining access to Rite Aid’s insurance business. Later, as Rite Aid’s finances turned sour, the physical drugstore chain put its insurance unit up for sale. Today, Walgreens is in the midst of a pending buy-out offer to Rite-Aid.

Why then would Walgreens take a write-down of over $100 million to shutter Drugstore.com and Beauty.com ?

Anonymous sources have posited different reasons for the move that will displace about 100 staffers at the Bellevue workplace.

One theory has to do with American government tax incentives to hire more Americans. That may explain Walgreens rethinking a corporate relocation to Europe, but does not explain the online component, unless regulatory forces restrict multi-national online pharmacies. Wait, let’s backup a step. 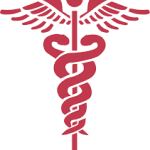 Walgreens had been considering a corporate relocation to Switzerland after its merger with UK-drugstore chain Alliance Boots in December of 2014. The “Walgreen Boots Alliance” has created  a presence in more than 25 countries that employs more than 370,000 people and represents the largest retail pharmacy, health and daily living destination in the USA and Europe.

Walgreens has since agreed to buy the remaining 55% of Alliance Boots it doesn’t already own for $15.3 billion, but here’s the kicker — it won’t pursue a tax-reducing inversion structure for the deal, and stay U.S.-based instead.

Will the Drugstore.com and Beauty.com domain names be put up for auction? Not if Walgreens is smart. There’s no reason those iconic domain names can’t be used to redirect Web surfers to the branded Walgreens.com site.

Ironically, the dot.Pharmacy top level domain name was opened for registration in 2015 at an annual cost of $2,750 per domain name. Evidently, the nation’s largest pharmacy is uninterested in dot-pharmacy or drugstore.com, the killer non-branded domain name in the category as its TLD.

The Seattle24x7 diagnosis: The Walgreen brand name has prevailed over the universal catch-all of drugstore.com and/or beauty.com, because Walgreens will not pay a price in the search engines. The Google algorithm has devalued domain-matching keywords so heavily, it no longer offers a ranking benefit. In other words, in the current Google ecosystem, brand names have earned a decided edge. At least, that is, for now! [24×7]