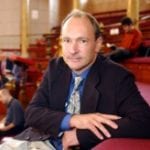 When Sir Tim Berners-Lee drafted a proposal in 1989 for a different kind of computer network that he named the World Wide Web (not the runner-up name which was “Mesh”), he became a “founding father” on a scale that would surpass even Broadway’s Alexander “Hamilton.”

Could he have envisioned how his brainchild would transform the worlds of education, entertainment and commerce? Connect an Internet of people and, eventually, of things? Or become a global driver of something that would bend time and travel, writ large, as E-commerce?

Since that moment of inspiration and inception, “Sir Tim” has assumed the helm of the World Wide Web Consortium (W3C), been named director of the World Wide Web Foundation and the president of London’s Open Data Institute, and become a Fellow of the Royal Society. In 2004, he was knighted by H.M. Queen Elizabeth, and in 2009 was elected a foreign associate of the National Academy of Sciences.

With a singular dedication to furthering the potential of the Web to benefit humanity, the founder has been a vigilant defender of the principles of Net Neutrality. Berners-Lee refused to seek a patent on the Web, hypertext or HTML, making them free and accessible resources for everyone in lieu of pursuing personal profit. Had it not been for his tireless efforts to prevent royalties from being attached to Web usage, the world’s most pervasive knowledge and communications network would simply not exist in the form it does today.

Sir Berners-Lee is also a proponent of the fight against mass surveillance. The interception of vast quantities of domestic Internet traffic by UK and US security agencies, as disclosed by the US whistleblower Edward Snowden, is a situation that can’t be allowed to continue, Berners-Lee has stated publicly.

On March 11, 2014, 25 years after submitting the Web’s “birth certificate” to  the Conseil Europien pour la Recherché Nucliaire or CERN, in Switzerland, Tim called on Internet users to rally around the idea of an “open web for everyone” in a guest post on Google’s blog. 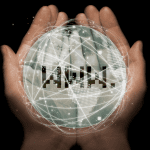 “On the 25th birthday of the web, I ask you to join in—to help us imagine and build the future standards for the web, and to press for every country to develop a digital bill of rights to advance a free and open web for everyone,” Berners-Lee wrote in the post.

Now there is a film that puts the enormity and the gravitas of the Web’s reach and its users’ collective responsibility into perspective. ForEveryone.Net is a story only Berners-Lee could relate, yet one which every Web surfer or Web author can share. Like the smash Broadway hit, Hamilton, this “founding father” carries forward a mantle of historic leadership. The implicit danger is that the story itself may someday be overlooked or forgotten.

It’s easy for those of us in this generation to feel as if we know the story personally.  The film assures that the relevance of the Web being ForEveryone.Net  for future generations will burn like an eternal flame. The Web was, is, and we hope shall always be free. As a globally, inter-connected conduit for cultural expression and interaction, it must always be predicated on free, universal access and open standards.

The documentary film (which runs 35 minutes in length) premieres Sunday, June 5th, at 1 p.m. at the Seattle International Film Festival (Northwest Rooms of the Seattle Center campus) and will be followed by a Q&A discussion with Sir Tim Berners-Lee and the film’s Academy Award-winning director, Jessica Yu (Last Call at the Oasis, Misconception).  [24×7]