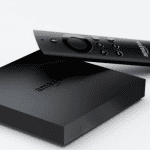 That Amazon.com has changed the lifestyle habits of millions of consumers who have grown accustomed to doing their shopping online, getting uniquely personal product recommendations, and often receiving same-day deliveries of everything from diapers to dill pickles on their doorstep or in local storage lockers is undeniable. But the companies greatest legacy in our online-convenienced culture — when we look back at how our TV watching days changed forever —  could be the new conversations the company’s latest television device has engendered — using our voices to find and watch what’s on TV.

It’s surprising that Amazon is the first to cross the couch-to-TV chasm with voice navigation for under $100. Neither Apple’s Siri nor Google’s Now nor Microsoft’s Cortana virtual assistant have made the leap to that locus of TV consumption, the TV set-top box. This is even considering that it’s the Android platform that is driving it. Microsoft’s X-Box One came equipped with an intuitive set of voice commands but those are more limited when it comes to TV. Just be sure you speak after the beep.

Amazon has followed up its very vocal debut of Fire TV, the ‘Say It, Watch It’ media player, with news that Hulu Plus, Crackle, and SHOWTIME ANYTIME will join VEVO in integrating their full catalogs into Fire TV’s unified voice search by summer.

“We’re excited and energized by the momentum we’re seeing with Fire TV,” said Dave Limp, Vice President, Amazon Devices. “Customers are telling us they love it, developers are building for it, and we’re working hard to expand existing features and build new ones.” 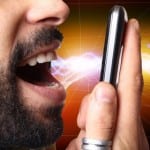 The reviews are excitedly vocal in their praise: