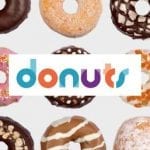 The Internet’s addressing system is significantly widening choices beyond current offerings, such as .COM. Donuts has applied for hundreds of these new extensions—the initial set will be followed by weekly launches of other gTLDs.

The company said its “Sunrise” period for the first seven Donuts names—the window during which trademark rights holders have exclusive access to registrations—will run from November 26 to January 24, 2014.

Donuts will forego a traditional land-rush and move directly to general availability to all registrants on January 29, 2014. Donuts’ gTLDs are available for registration by anyone without restriction.

The first gTLDs opening for Sunrise are:

Donuts has signed registry-registrar agreements (RRAs) with some of the world’s most prestigious domain name registrars with worldwide reach, who will make the names available during Sunrise and general availability. Signatories include:

Donuts co-founder and Executive Vice President for Sales and Marketing Dan Schindler said, “Having top-tier registrars such as these prepared to bring our new gTLDs to their customers is a significant step forward for anyone looking for better, more relevant identities for their products, services, companies, and other interests.”

GoDaddy Vice President Domains Rich Merdinger echoed Schindler. “Domain names are 21st century real estate and, as a registry, Donuts has the broadest selection of names about to hit the market,” he said. “This is a historic time for the Internet and this new era of domain names provides new opportunities for anyone looking to get online. GoDaddy looks forward to helping small businesses take advantage of this new online real estate.”

Donuts has focused efforts as well on registrar services in Europe and elsewhere. A critical new partner for that market with its clear European Market leadership, its high profile in North America and with its further worldwide reach, is 1&1 Internet. “Donuts is coming to the market strongly with a large and varied set of gTLDs that will be highly relevant to our customers in allowing them great new potential for capturing traffic and developing their digital branding”, said Richard Stevenson, Head of PR at 1&1 Internet. “Donuts’ new gTLDs will be some of the very first available and comprise some of the most exciting options for website owners to consider.”

Web.com, one of the largest of United States-based registrars, also applauded the milestone. “We look forward to working with Donuts to ensure the successful launch and promotion of its gTLDs to our small business customer base,” said Web.com Senior Vice President Bob Wiegand. [24×7]