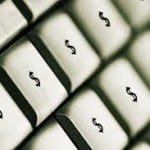 The United States Senate approved legislation Monday that would give states the right to require most Internet retailers to charge sales taxes, a vote that has the blessing from Amazon.com.

The Seattle company’s endorsement — coming from a chief beneficiary of the tax advantage the bill is designed to eliminate — is widely viewed as an acknowledgment that the days of tax-free shopping online are numbered.

The Senate voted 69-27 to pass the Marketplace Fairness Act, with support from Republicans and Democrats alike. But opposition from some conservatives who view it as a tax increase will make it a tougher sell in the House. President Obama has conveyed his support for the measure.

Amazon earlier had fought attempts by some states to force it to collect sales taxes even if Amazon did not have a physical presence in those states.

According to Amazon the company still supports a provision in the bill that would exempt online and mail-order businesses with less than $1 million in annual sales from having to collect taxes.

That has set up a clash between Amazon and eBay, whose chief executive, John Donahoe, is seeking to raise the exemption to $10 million. Donahoe is mobilizing his vendors to preserve their tax-free advantage by derailing the bill when it reaches the House.

Since June, Amazon has gone from collecting sales taxes in just five states, including Washington, to nine. New Jersey would become No. 10 in July.

Come January, Amazon will collect taxes in 16 states, covering 51 percent of its U.S. customers. It has or is building warehouses and other physical facilities in most, but not all, of those states.

“Amazon reversed itself because its financial interests changed,” said Daniel Mitchell, a senior fellow and tax expert at the Cato Institute, a libertarian think tank in Washington, D.C. “It has nexus in too many states and decided it was better to appease the political class.” 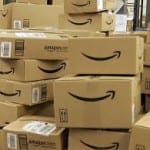 States lose an estimated $11 billion a year in sales taxes that aren’t collected by online and mail-order retailers. Instead, consumers are supposed to remit them on their own, something they hardly ever do.

Washington stands to reap an estimated $184 million for the 2013-15 state budget, and more than $567 million in the following biennium as compliance rises, the state estimates.

The 5G Uncarrier is Unleashed: The New T-Mobile Fulfills a Northwest Legacy

The 5G Uncarrier is Unleashed: The New T-Mobile Fulfills a Northwest...