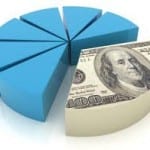 Google is incredibly adroit at letting marketers know the price-per-click (PPC) or how much they will pay to the search juggernaut for each individual clickthrough to a landing page from a sponsored search engine result.  You can look up the cost on various Keyword Estimators online or the Bid Simulator Tool inside of Google Adwords itself.

Always a source of fascination, fear and even disbelief, it’s easy to marvel at the Top 10 highest priced keyword clicks on the market today, including search terms or phrases that charge over $75-per-click like “mesothelioma settlement” or “asbestos attorney,” or over $50 per click like “data recovery RAID” or “criminal justice degree online,” or keywords over $25 per click like “VOIP for business” or “DUI defense attorney.”

As search industry consultant and analyst Jonathan Hochman has reported, since 2005 the average pay-per-click cost has grown from 38 cents to over one dollar while the CPM, or cost per thousand, has dropped from $5.56 to $3.97. Even more significantly for online business, the cost-per-conversion has nearly doubled in the same time period.

But what Google can’t answer is “How much is each click worth?” not to Google, but to your bottom line.  What is the “Revenue-per-click?” That’s because Google is unable to factor in offline activity, or purchases that occur in retail stores or via direct mail campaigns or off of radio and television advertising, or even purchases transacted with other online merchants, like WalMart or BestBuy or Amazon after visting your Web site first, not according to the keywords you invest in so heavily.

Only now the gap between online lead generation and offline revenue generation is closing with a Seattle TechStars company that already has garnered nearly $2 million in backing from the Madrona Venture Group.

Bizible.com stems the online-offline tide by using Email plug-ins that work with Google Mail and, through the magic of Natural Language Processing, connect customers back to their original visit and the original keyword they came in on. In addition, the company can also  plug-in to QuickBooks, and in a month or so, to Salesforce, connecting backroom Accounts Receivable software to front-end search marketing campaigns.  In the email versions, a tracking pixel allows Bizible to trace each person back to the original online source.

Bizible is billed as the ultimate Revenue-Tracking analytics tool for agencies, business owners and publishers and is currently offering a free 60-day trial.

“It changes the conversation from ‘Cost-per-click’ to ‘Revenue-per-click,” says Bizible Marketing’s Alex Kilby.

Google ought to buy the company and “close the loop” on just where its AdWords CPC dollars are generating revenue.  [24×7] 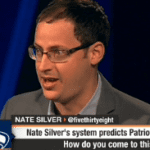 The 34-year-old statistician may have correctly predicted which way 50 of 50 states would go in the 2012 presidential election, but he should have quit while he was ahead.

Not that it wasn’t extremely close, a Seahawks lead with just 31 seconds to go on the clock and then a final Hail Mary pass with less than 6 seconds remaining. We have a feeling Mitt Romney would have preferred that close a contest! [24×7]