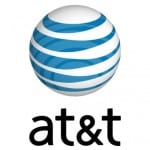 AT&T plans to roll out 4G LTE in Seattle by the end of the year, bringing customers the latest generation of wireless network technology and faster mobile Internet speeds in step with the new Apple iPhone 5.  Hey, AT&T, we’re holding you to it!

What has gone unreported in the rollout of the new iPhone 5 is that AT&T remains the only carrier to feature true simultaneous voice and data  integration on the device meaning an iPhone user could be conversing  on a phone call and surfing the Web to access data related to the phone call at the same time.  Verizon and Sprint do not offer a similar capability, meaning that a user would have to disconnect the phone call before proceeding with any online data services such as accessing the Web or sending email.

According to the company,  AT&T customers will be able to stream, download, upload and game faster than ever before on the latest LTE-compatible smartphones, tablets and devices.

“Seattle already enjoys AT&T’s fast 4G speeds today as part of the nation’s largest 4G network, and our teams will be working hard across the city toward our upcoming 4G LTE launch,” said Mike Maxwell, AT&T’s Vice President/General Manager. “AT&T customers in Seattle can look forward to even faster speeds this year, on our leading lineup of smartphones, tablets and other devices.”

AT&T’s innovation and investment has resulted in the nation’s largest 4G network, covering 275 million people with ultra-fast speeds and a more consistent user experience. AT&T is the only U.S. service provider to deploy two compatible 4G technologies to deliver more speed to more customers. Our 4G LTE network delivered faster average download speeds than any of our competitors in PCWorld‘s most recent 13-market speed tests.

AT&T’s 4G network also delivers multiple innovations that optimize the network for performance. The network’s radio components are placed close to the antenna at most cell sites, instead of inside the base station, which helps minimize power loss between the base station and antenna and, in turn, improves the performance of our 4G LTE network. The network also is designed with its core elements distributed across the country, which helps reduce latency, or the delay when using the Internet, because your request isn’t traveling as far.

Over the past five years, AT&T invested more than $115 billion into operations and into acquiring spectrum and other assets that have enhanced our wireless and wired networks. Since 2007, AT&T has invested more capital into the U.S. economy than any other public company. In a July 2012 report, the Progressive Policy Institute ranked AT&T No. 1 on its list of U.S. “Investment Heroes.” [24×7]

A breakfast event in Seattle hosted by the Washington Technology Industry Association (WTIA) highlighted the interests and commitments that state gubernatorial candidates held for the high tech sector as well as their approach to issues on the global Internet.

In Congress, democratic candidate Jay Inslee pushed the FCC to license unused TV spectrum that can be used for wireless broadband, a priority of Microsoft, Google and other tech companies. As state attorney general, republican candidate Rob McKenna made Internet safety a priority, going after a number of online scammers.

Let’s say you want to develop an app for use by a state government agency ? McKenna says he wants to issue an executive order that requires all agencies to move to performance management, so there are rigorous performance evaluations for everyone twice a year so we begin connecting compensation to performance.  Inslee recommends that we look for every chance possible to encourage a bottoms-up approach to creativity and innovation in our state agencies.

What can the state do to nurture its tech industry?

Jay Inslee says “There are a thousand things and I’ve got about 75 of them in my jobs plan.”

Rob McKenna says “We’re clearly not getting the job done in public schools in terms of preparing students in reading, writing, math and these critical skills. We have to start catching up to other states in terms of reforms to get us there.”

Inslee:   I’ve proposed a number of very targeted ways to help these industries — targeted R&D incentives, tax breaks. I think this suite of proposals is tailor-made for what we do well, which is to build small businesses around innovation.

McKenna: It obviously makes development of wind power more challenging if those credits diminish or disappear, although I certainly would lobby for their extension as governor. Washington State University and UW are both involved in fields that connect to clean energy. If we keep defunding our higher education institutions, that capacity is going to diminish. [24×7]