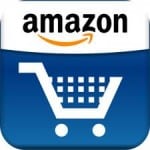 Up against brisk competition from the Apple iPad and the new, (virtually sold-out) Nexus 7 from Google, the latter a tablet matching the same 7″ form factor of the best-selling Kindle Fire only with dozens of extra features, Amazon is planning to dramatically expand its tablet line with five or six new tablet SKU’s as reported by Reuters based on statements from Staples President for U.S. Retail, Demos Parneros.

Meanwhile, The China Times is reporting that Amazon has ordered 2 million new Kindle Fire units for possible release on August 7. Amazon is only ordering 7-inch versions of its Android-based tablet for the time being, with 8.9-inch and 10-inch versions of the device launching at a later time according to the report.The release of Google’s own Nexus 7 tablet has put some  added pressure on Android tablet OEMs, especially since it has matched the $200 price benchmark that Amazon established with the original Kindle Fire.

Since the Fire came out in September, Amazon’s share of the video market has climbed to 13 percent from 10 percent, according to The NDP Group. In music downloads, Amazon’s share rose by one percentage point to 14.4 percent, NPD data show.

The other piece of the puzzle is a rumored Amazon smartphone.

In early June, Watson blogged about his first few months at Amazon. 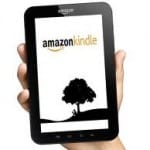 “I’m lucky that I get to work on a product that I really love, and loved before coming on board,” he wrote. “I can’t really say much about some of the things on which I am working. I can say that the goals of some of the teams are huge. Huge.”

Watson then recounted what an Amazon senior vice president told him during the recruitment process.

“He said, ‘the goal of Kindle was to enable a system to allow someone to buy any book ever published, and have it delivered anywhere in the world in 60 seconds. It’s time to think bigger.'”

The company may divulge more during a second-quarter earnings call planned for Thursday. [24×7]