Does “Everybody in Seattle really want to work for Amazon?”  Business Insider’s Matt Rosoff says the attraction is irresistible for these reasons: 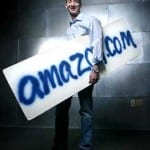 Amazon is no longer quarantined in a renovated VA Hospital on Beacon Hill. It has traded Count Dracula’s castle on the cliff for much trendier digs on the shores of South Lake Union. And it has rebuilt the Seattle neighborhood into a tony village in the process.

2. Amazon’s Fishbowl program infuses a creative dose of culture into the workday by featuring visiting musicians and authors. All work and no play is no fun. Amazon is hard work but with some pleasant distractions.

3.  Amazon Web Services is the Backbone for everything from Startups to Netflix.

Behind every great company is a great infrastructure. In Amazon’s case, it’s  a digital power plant that’s also available for lease by third parties, and in use by many of the world’s top IT companies including not only Zynga (that Farmville game you’re playing) and Netflix (that movie you’re watching)  but also sites like Hootsuite, TMZ.com, FourSquare.com, EventBrite and more.  Amazon Web Services is, by itself  a billion-dollar business, and is powering several high-profile startups.

4. The Kindle is a Platform More Like a Gantry, Ready for Blast-Off!

Developers interested in a burgeoning mobile platform would be hard pressed to find anything quite as vibrant as Amazon’s Kindle. It may not be an iPad slayer, but it integrates perfectly within the Amazon ecosystem.

Amazon Prime has morphed from a discounted shipping deal to an online video streaming service with thousands of movies. There’s also a thriving online music store and related music locker service, and a publishing house that plans to put out more than 100 books this quarter. Amazon has even launch an experimental movie studio!  There’s no business like show business!

Rossoff writes that “Bezos is “an incredibly smart person, arguably a first-class genius” who has been collecting information about his industry for more than a decade.” The Steve Jobs and Bill Gates mystique is in full bloom. 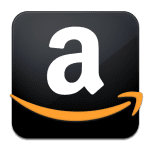 Following Microsoft’s layoffs of 5,000 workers last year, Amazon’s more upbeat zeal and panache is synching with the pioneering Seattle style and spirit. It grew by 8,000 people in the last quarter alone!  [24×7]