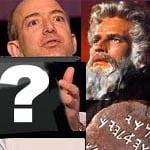 Amazon has invited media to a press conference to be held in New York on Wednesday, but the details were undisclosed.

Analysts were confident that King County’s kingpin of  Internet retail will introduce its long-awaited tablet computer and expand in mobile commerce in a way that will sell more Amazon digital goods and services.

A competitive color tablet has been awaited from Amazon for some time now.  Apple has sold about 29 million of the devices since its launch in April 2010.

In much the same way Amazon’s Kindle e-reader was priced low to quickly get traction among readers the company is likely to keep the price of its tablet low to attract users and sell other content and services, one analyst said.

“It’s a marketing tool to build a relationship with customers and sell them cloud (computing) services,” said James McQuivey, an analyst with Forrester Research. [24×7]

Microsoft has launched Bing Deals for PC and mobile devices, aggregating more than 200,000 deals across the United States. The search engine will pull in top deals from local and national stores such as Best Buy, Nordstrom and Zappos, as well as Groupon, LivingSocial, and Tippr, among others — giving consumers the ability to browse the best deals and visually search through results.

Bing Deals will compete with Google Offers, Groupon and Living Social, among other regional and local deal makers. While Groupon had delayed a planned public offering, eighty-seven percent of consumers who were asked in a recent Bing/Impulse survey said they would use daily deals more if they could access them from one convenient place.

The offering follows Microsoft’s agreement with The Dealmap in March that allows Bing to aggregate deals on the search engine.

A Punchcard loyalty program launched by Microsoft  in 12 cities across the U.S,. is aimed at achieving a tighter relationship between businesses and the consumers based on repeat business. [24×7]

Boeing will open the week with a celebration of a young bird taking its first flight. A “flyaway” of the very first 787 Dreamliner is on schedule for Tuesday and viewable via this link. Seattle Times aerospace reporter Dominic Gates has a breakdown of the cost of the 787 program. Boeing has spent $32 billion so far, according to his estimate. Understandable, says Gates, considering the Dreamliner is an all-new airplane.

Boeing says that passengers will notice “cleaner cabin air, higher humidity and lower cabin altitude that combine to help them feel more refreshed after flying on the 787.” Other improvements include larger windows with electrochromic shades (super-cool dimming shades) bigger onboard luggage bins and LED lighting. [24×7]