Home What's Brewing? To T-Mobile Go the Spoils – $6B Give or Take – “No...
Twitter
Pinterest
WhatsApp
Email
Print 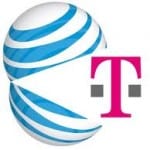 Claiming the proposed $39 billion acquisition of Bellevue-based T-Mobile by AT&T would substantially lessen competition, putting 90 percent of the wireless market in the hands of three companies: AT&T, Verizon Wireless, and Sprint (or a “duopoly” given Sprint’s tiny market share), and a move that would create a “GSM network monopoly” of the international GSM standard to AT&T exclusively (Verizon uses the CDMA standard), the U.S. Department of Justice has filed a lawsuit to block the merger that would create the nation’s largest cellular carrier and a certain technological juggernaut.

The announcement came as a shock to AT&T, who had offered a backstop to T-Mobile if the deal did not go through in the form of a “spoiler” payout of up to six billion dollars in cash as well as other assets and market concessions.

According to Reuters, even after AT&T vowed to fight the DOJ in court, the company is now scrambling to make big concessions including selling off 25 percent of T-Mobile’s business and promising not to raise existing T-Mobile prices, in order to mollify antitrust authorities and seal the acquisition. Too little, and too late.

One look at the FCC’s Website these days is enough to indicate that the American people seem uniformly opposed to the merger. There are more than 10,000 comments on the subject, and they go overwhelmingly against the merger like this: “USA consumers will see prices go up and customer service go down,” and, “We have few options now. We don’t want it to get worse. This should be blocked. We need more competition, not less!”

Highlights of the DOJ’s statement were particularly clear-eyed:

“The combination of AT&T and T-Mobile would result in tens of millions of consumers all across the United States facing higher prices, fewer choices and lower quality products for mobile wireless services.”

“AT&T’s acquisition of T-Mobile would eliminate a company that has been a disruptive force through low pricing and innovation by competing aggressively in the mobile wireless telecommunications services marketplace.”

“AT&T could obtain substantially the same network enhancements that it claims will come from the transaction if it simply invested in its own network without eliminating a close competitor.”

Post-Steve Jobs, Who is the World’s Reigning Tech Geek Leader? Why Jeff Bezos, Of Course!

Now that Steve Jobs has resigned at Apple’s CEO, it’s time to recognize the world’s new reigning tech geek leader. There is only one clear heir apparent to the post, and really no discussion at all is required in naming Amazon founder and CEO Jeff Bezos to the honor.

This is the coronation now being ordained by the International Business Times who list 10 compelling reasons why Bezos has inherited the mantle of geek leadership:

2) Bezos is trying to launch space tourism as a business through Blue Origin. 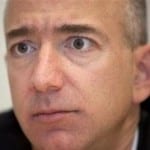 3) Bezos filed a patent this year for a new smartphone protection product — tiny airbags that will be deployed from a phone if a built in-accelerometer detects the unit is falling.

5) Bezos is about to launch a tablet to compete with Apple’s iPad. While HP decided it could not compete against the iPad many industry observers think Bezos and Amazon can

6) Bezos can write a business plan from the passenger seat of a moving Chevy Blazer — and he did for Amazon in 1994 while his wife, Mackenzie, drove from Texas to Seattle.

7) Bezos understands that technology finds its highest mark when it creates affordability and useability for mass consumers.  get new models into the pipeline.

8) Bezos is single-handily changed publishing. Once upon a time, self-publishing was a losing proposition for 99 percent of all authors.  Now, Kindle Direct Publishing has leveled that playing field, as anyone can upload a book for free, price it, and start selling. Already two self-published authors have sold more than one million books through Kindle, and thousands of others are selling books every day without a publisher.

9) Bezos can stand his ground when he has a conviction and a vision.