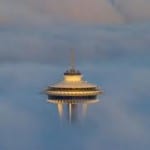 Amazon.com has beat both Apple and Google in the race to the cloud, but as the high pressure zone settles over South Lake Union, it may also forecast a gathering storm in the music business.

The A-Listers have launched a completely free, 5 Gb digital locker that lets people store their music (and other media) remotely on the Web and then listen to their collections on the computers of their choice via any Web browser or over Android devices. That means you can seed your Cloud Drive with up to 1000 songs and you will never be charged for it. Sound too good to last?

Apparently, what Amazon didn’t do was secure the explicit rights from record companies and  film studios to serve licensed music from the cloud bank.  The first question: Why should it? Don’t each of us have the  right to store our digital property in the drives or media of our choice, be it offline or online?   Users can currently play CDs or DVDs on any device they choose without the studios’

permission.  As a knee jerk reaction, many from the film and music camps may grouse otherwise – but cooler heads really ought to prevail.

And that’s exactly what makes Amazon’s gathering Cloud Drives a gutsy move. The company decided that it would take the risk, assuming the strength of its position would be enough to weather the storm. There is also speculation that Amazon’s early initiative pre-empted a similar push from Apple Computer. The industry buzz is that the enormous data center currently being constructed by Apple in North Carolina has the similar purpose of offering a new breed of digital storage of iTunes music, replacing Apple’s outmoded MobileMe offering. Amazon’s cloud bank may simply be covering another pressure zone from Apple.  All we can say is “Let it reign!” 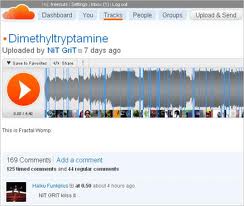 According to Amazon, the free digital storage can include songs plus videos, photos, documents, and music.  Amazon has also rolled out a Cloud Player, which enables people to play the songs they uploaded to Cloud Drive.

By moving first among the goliaths in the digital media space, Amazon’s Sound Cloud has appeared with a flash of lightning and a clap of thunder.  Just another rainy day for we Seattlites!

One of the Net’s most facile companies for creating “Memes” from phunny photos, puns and LOLCats, The Cheezburger Network has decided to acquire a company to catalog its handiwork for Internet posterity.

Know Your Meme, curators of the Web’s most authoritative Meme-a-log are now a part of the Seattle-based empire.  Founded by Andrew Baron of Rocketboom reknown, Know Your Meme “is dedicated to giving people an accurate inside look at up-and-coming as well as already viral Internet memes,” according to the press release.  The actual sales price has not been confirmed. 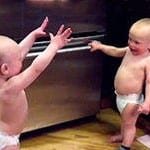 “I’m excited to see the Know Your Meme community joining the Cheezburger community,” said Ben Huh, CEO and founder of Cheezburger. “Since Cheezburger is the playground of choice for millions of Internet culture fans, this acquisition is a natural compliment for our community. Now, in addition to delivering 5 minutes of happiness through I Can Has Cheezburger?, FAIL Blog, Memebase, and The Daily What, we can help the public understand the origins of memes and how content goes viral on the Web.” [24×7]