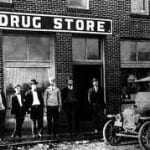 “Over the past two years, we’ve established the infrastructure from which to grow our multichannel products and services, and by combining Drugstore.com’s capabilities we are well on our way to achieving our goal of becoming the most convenient multichannel retailer for health and daily living needs,” said Walgreen’s President of E-Commerce Sona Chowla in an interview with Internet Retailer.

The price Walgreen pays will total about $409 million, as it picks up drugstore.com’s $20 million in cash. Walgreen will fund the deal with existing cash. 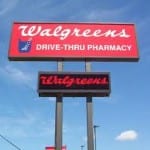 Drugstore.com shareholders will receive $3.80 in cash for each share of stock and they still have to approve the acquisition. The Bellevue, Wash., company’s board has already unanimously approved it. Earlier this month, Walgreen said it is selling its pharmacy benefits management operation to Catalyst Health Solutions Inc. for $525 million in order to focus more on core businesses.

The Drugstore.com transaction comes not long after Amazon.com bought Quidsi Inc., the parent of Diapers.com and Soap.com, purveyors of commonplace merchandise like toothpaste, detergent, vitamins and cosmetics. People are increasingly comfortable getting their commodity items online as a way to cut out one more chore from their busy lives.  [24×7]

Microsoft’s Bing has  unveiled Bing Social which allows you to see a real time tweet stream to find out what’s going on in the world.  The tweet stream will be added to their news page. So for instance, if you search for “Japan Earthquake”, you will not only get results for news sources covering the event, but also a stream of real time tweets that mention the disaster. The idea here is that in these events, especially seen in the Middle East, citizen journalists provide relatively compelling coverage, compared to news outlets. This allows readers to stay in tune with what’s happening on the ground as well as the bigger picture.

Bing has also released a way to share your entertainment consumption directly to Facebook through Bing. Let’s say you’re looking up a movie on Bing. Along with a ‘trailers’ and ‘reviews’ tab, there’s also an ‘overview’ tab which has a “What’s On Your Mind” Facebook sharing feature on the page itself. Bing’s basically integrated Facebook into its entertainment pages to make sharing a lot easier and quicker. Once that share goes onto Facebook, friends can like and comment on the activity.

In other search news,  Microsoft rocketed past Yahoo, Facebook, AOL, and other contenders to become the second most popular U.S. video site in February. ComScore placed Microsoft in the number seven spot a month ago. Microsoft’s number of unique users was up about 30%, and individual video views nearly doubled.

What’s driving the sudden increase? Microsoft didn’t launch any new video services in the last month, but Bing search traffic has been steadily increasing every month, and more of them are apparently using Bing Video. February also saw several big televised events — the Superbowl, Grammys, and Oscars — which might have driven users online to look for video clips (or in the case of the Super Bowl, ads). It’s not clear why they’d choose Bing over other providers like AOL, though.

Bing offers some exclusive video content, but most of the videos on the search site are aggregated from other sources, including Google’s YouTube.