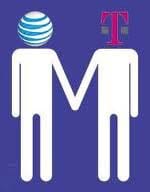 The sale of T-Mobile by German parent company, Deutsche Telekom, had been rumored for years inside the creative department at T-Mobile’s Seattle ad agency, Publicis West, where Catherine Zeta-Jones held court for so many years and advertising for the first Sidekick, among a number of other products and services, was borne out, some of it by your trusty editor who worked on the T-Mobile account there. Now comes the venerable changing of the guard, and the change seems both guarded and unclear.

The suitor in this case is no Michael Douglas, but the wireless network seen by many consumers as being the most lacking in customer service. The question arises:  Who actually comes out ahead  in this transaction?  FCC Chairman Julius Genachowski will be asking that very thing over the next 12 months before ratifying the deal.

Stockholders should  be pleased. AT&T Wireless has offered $39 billion to acquire T-Mobile’s customer base, antenna mounts and its nimble product development of next generation “4G” -like and LTE wireless service. On the other hand, T-Mobile, the company, will lose a significant number of jobs, and T-Mobile the innovator will be gone.

AT&T has become more aggressive since losing its monopoly on the Apple iPhone in the U.S.. The company has  raised Early Termination Fees to historic levels, imposed bandwidth caps on DSL customers, and, perhaps the most aggressive move yet, made a guarantee that it will pay T-Mobile some $3 billion dollars if its proposed merger deal does NOT go through.

Handset makers may also suffer. HTC and Motorola previously had two major carriers who could buy their GSM-based phones. Now there is but a single buyer left standing who can dictate what GSM phones come to market. Even with LTE becoming the standard for the 4G world, it would essentially be a market dominated by three buyers (should Sprint go with LTE), which would place handset makers at the mercy of the giants.

Another loser in the transaction could be Google. T-Mobile was a great partner for its Android OS-based devices. Now the company will be beholden to two massive phone companies — Verizon and AT&T — who are going to try to hijack Android to serve their own ends.

Strangely, Verizon may still be able to sabotage the deal by making a “strategic” offer to buy Sprint. By approving an AT&T T-Mobile merger, how could the FCC and the FTC deny Verizon the ownership of Sprint.  But Verizon has said it could not be less interested in Sprint.  What about Google throwing its hat in the ring?  Or Apple buying T-Mobile…and AT&T combined! Sprint has vowed a fight!  The debate has begun. [ 24×7]

The makers of Farmville and Mafia Wars, a juggernaut known as Zynga, has decided to open up an engineering hub in Pioneer Square according to reports, joining Seattle’s gaming nucleus of PopCap Games, Big Fish Games, Microsoft, 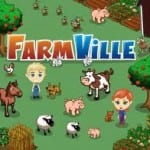 RealNetworks, and WildTangent.   Zynga has hired Neil Roseman, the former Amazon.com vice president of engineering and former Evri CEO, to run the new Seattle office. The fertile farmland for Farmville and other products is said to be the Washington Shoe Building. [24×7]