From Queen Anne to Magnolia, Ballard to the University District, Madison Park to Mercer Island, Bellevue and Kirkland, if you want it fresh and you want it fast, you can now choose Amazon.com to bake your cake, deliver it and be able to eat it on the same day, too! The new program, called Amazon Tote, will combine forces with Amazon Fresh and the same truck fleet that currently servcies 54 Seattle neighborhoods,  according to Seattle24x7 research and seconded by the Seattle Times who opines, “Amazon Tote could be a way to entice customers to buy more of their household basics, including groceries, on Amazon’s website and take business away from the likes of Walmart.” NPR’s Morning Edition broke the Amazon delivery story on radio last week, reporting that the company is 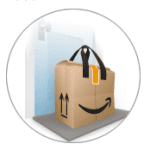 recruiting a larger delivery work force to build on its pilot program for a wider rollout.  In the Seattle test, items have been placed on customers’ doorsteps in reusable, weatherproof tote bags. Company promotional material lists “minimal packaging” and “regular delivery days” as among Tote’s benefits.

On the business end of the spectrum the A-listers have also announced a new bulk e-mail service for commercial users, dubbed SES for Simple Email Service. The platform scans outgoing messages to ensure they meet ISP standards and won’t get caught up in a recipient’s spam folder. The service also boasts a notification system that alerts customers to “bounce backs, failed and successful delivery attempts, and spam complaints,” the company said. Users of Amazon’s new Simple Email Service will receive their first gigabyte of data for free. In addition, those who use Amazon’s EC2 cloud service or its AWS Elastic Beanstalk application-management service are allowed to send 2,000 e-mail messages for free each day. After that, Amazon charges 10 cents per thousand e-mail messages. The company will also charge customers 10 cents per gigabyte of data that’s transferred in through the e-mail platform. Pricing on data that’s transferred out through the e-mail ranges from 8 cents to 15 cents per gigabyte, depending on the amount of data used each month. [24×7] Is Seattle Times dealDigger a Saver or a Savior

Could offering attractive daily discount deals from community merchants, like the GroupOn social buying service, be the savior for local newspapers, or has that rescue ship sailed?

The Seattle Times has just introduced dealDigger, a valuable group buying service that connects readers with local merchants, many of whom are current or former Times’ advertisers. That raises an important question. Could (or should) newspapers be using the Web in concert with their current print or online advertisers to leverage the group buying power of their subscriber base?  Looked at another way, might the advertising in this traditional (and endangered) form of daily media also reflect the promotional group discount offers, reinforcing links to the discounts being offered and raising the value of both the ads and the subscriber group buying program? It may not be too late for community-minded publications who are starved for a revenue model to take action.  The economic incentives seem to line up for those newspapers who are already dealing with local merchants. Many have been doing so for a lot longer than sites like Groupon.