Larry Page may be the new, first-string quarterback of a realigned Mountain View Google team, but Bing and ESPN are fielding a new sponsorship game plan that involves two pre-Super Bowl promotions.

The first is a new feature called “I Am A Champion” that begins airing this week on SportsCenter and NFL Live. It profiles various Super Bowl-winning quarterbacks and the “key life and career decisions” they’ve made.

Bing will also sponsor ESPN The Magazine‘s 2011 “NEXT” event during Super Bowl weekend.

Bing has been aggressively advertising to football fans during the current season with things like the Bing National Tailgating Championship, visibility during Monday Night Football andSportsCenter broadcasts, advertising on Sports Illustrated‘s website, and now this latest push.

Has it worked? A spokesperson says Bing has seen a 17% jump in traffic among the 50+ million football fans tracked by comScore (compared to the three months before the NFL season began). And, via testing at its NFL tailgating events, Bing’s awareness is up 29% and favorability has increased 24%. [24×7]

A Whopper of a Deal!  $30 Million Cheezburger Is Prime Choice for Growth 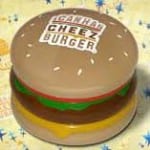 The three-year-old Cheezburger Network – home to Lolcats, as well as Fail Blog and other spokes in the Seattle company’s Web humor wheelhouse – has raised $30m of funding that could position the meme factory to become the biggest network of humor sites in the world.

Ben Huh, chief executive of the Cheezburger Network and the man credited with taking internet “memes” (fads) to the mainstream, brought angel investors together to buy the site for $2.25m. Three years on, Huh has expanded the company to the point where it employs 50 staff and has launched almost 50 niche humor sites including Graph Jam, with its witty pie charts, and Engrish Funny, home to well observed translation errors.

Huh has managed to ensure that  the company has been profitable from the start, generating 375 million page views every month, as well as selling Lolcat T-shirts, Fail mugs and Cheezburger desk calendars.

Leading the new $30m investment round is the Foundry Group – which has also invested in the Farmville games firm Zynga – followed by Avalon Ventures, SoftBank Capital and Madrona Venture Group. Madrona’s managing director, Greg Gottesman, told the Seattle Times the company was “a great entrepreneurial story”. He added: “Financing aside, the size of what they’ve built with such limited capital, so few people, is really impressive.” [24×7]

A group of Seattle-based fans of Joss Whedon’s Firefly are using Kickstarter to gather the funds for a day-long movie event where they will watch the entire one-season run of the show. The event was born on the Internet using the Kickstarter model which has emerged as a crowdsourced angel fund for projects. Kickstarter collects the money directly, alleviating the need for a single person to collect cash or checks from other users (and all the complications that go with accountability on a scale this size). The cost of the theater with refreshments is going to be about $800. Base price for a ticket is $20, but true to the typical Kickstarter model, larger donations get special perks. In this case, a $100 donation gets you “one of five nifty accessories to enhance viewing.”

The best part about Kickstarter is the absence of risk.  Kickstarter’s all-or-nothing funding model ensures that unless and until the funding threshold has been raised, no one gets charged. No money changes hands, no messy refunds, no worries. [24×7]