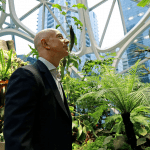 What is it about Seattle that attracts the greatest of all philanthropists, those who become the single, largest benefactors of modern science, civics and culture in our society?

From Bill and Melinda Gates (who have given an estimated $18 billion to the Gates Foundation), to Paul Allen, founder of the Allen Institute that fosters research and understanding of the human brain, to Steve Ballmer, who  stewarded Microsoft and developed government watchdog USAFacts.org, to Gabe Newell, Seattle’s fifth billionaire and the founder of videogame producer Valve Software, to the penultimate Jeff and McKenzie Bezos who have just announced a $2 billion commitment to help homeless families and open pre-schools for low-income communities.

Consider that the minimum net worth to make The Forbes 400 list of richest Americans is now a record $2 billion, and that is the same amount Amazon’s founder and CEO has bestowed in one fell swoop to support a safety net for housing and early-start education.

Not one but two Seattlelites have earned the station of world’s richest person, the pinnacle of personal wealth. California may have more billionaires as the state of Washington, but only 1.8 times as much total wealth.

Earlier this year, Seattle was caught in a melee over a proposed “head tax” on our most profitable local companies to undergird housing initiatives for the homeless, versus the strident backlash of pro-growth, pro-jobs protestors, including many Amazon hires, who objected to punishing “head counts” on the employment rolls of companies with fiscal constraints.

Now, with a donation of $2 billion to address the issue of homelessness across America, Amazon CEO Bezos has issued a compassionate response.

Here’s what the state’s wealthiest tech billionaire had to say about the historic announcement:

On the Concept Behind the Day 1 Fund:

Bezos: I talk often about the importance of maintaining a Day 1 mentality. It’s always Day 1, and I work hard to apply that mindset to everything I do. 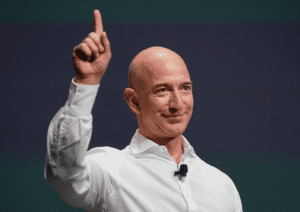 It was a Day 1 outlook that made me reach out to ask for suggestions on approaches to philanthropy last year.

By so many important measures the world keeps getting better, and it’s one of the fantastic aspects of human nature that we humans never stop looking for (and finding) ways to improve things.

Where’s the good in the world, and how can we spread it?  Where are the opportunities to make things better? These are exciting questions.”

On the Capacity of Hard Work to Serve Others: 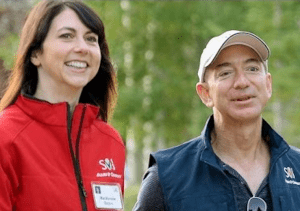 MacKenzie and I share a belief in the potential for hard work from anyone to serve others. We all have that capacity. Business innovators who invent products that empower, authors who write books that inspire, government officials who serve their communities, teachers, doctors, carpenters, entertainers who make us laugh or cry, parents who raise children who go on to live lives of courage and compassion, and many more.

In addition to Amazon, my areas of focus so far have included investment in the future of our planet and civilization through the development of foundational space infrastructure, support of American democracy through stewardship of the Washington Post, and financial contributions to the dedicated and innovative champions of a variety of causes, from cancer research, to marriage equality, to college scholarships for immigrant students, to decreasing political polarization through cross-partisan support of principled, next-generation military vets running for Congress.”

On How the Bezos Day One Funds Will Work:

We’re excited today to announce the Bezos Day One Fund. It will begin with a commitment of $2 billion and focus on two areas: funding existing non-profits that help homeless families, and creating a network of new, non-profit tier-one preschools in low-income communities.

The Day 1 Families Fund will issue annual leadership awards to organizations and civic groups doing compassionate, needle-moving work to provide shelter and hunger support to address the immediate needs of young families. The vision statement comes from the inspiring Mary’s Place in Seattle: no child sleeps outside.

The Day 1 Academies Fund will launch and operate a network of high quality, full-scholarship, Montessori-inspired preschools in underserved communities. We will build an organization to directly operate these preschools. I’m excited about that because it will give us the opportunity to learn, invent, and improve.  We’ll use the same set of principles that have driven Amazon.

“The Child Will Be the Customer.”

Most important among those will be a genuine, intense customer obsession. The child will be the customer.

“Education is not the filling of a pail, but the lighting of a fire.” And lighting that fire early is a giant leg up for any child. 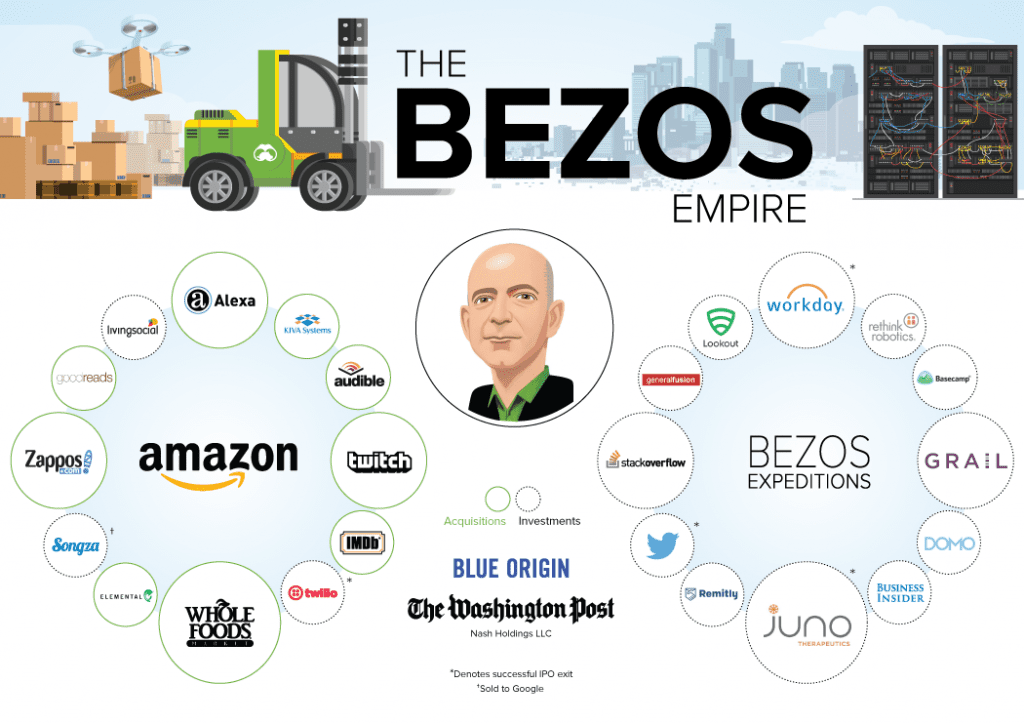