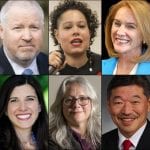 For the first time in its 33 year history, the Washington Technology Industry Association has evaluated and ranked the candidates who are vying to become the next mayor of the city of Seattle.

Summaries of each candidate — based on in-person interviews and the written responses to questions posed by the trade group — have been published in a unique, online WTIA Voter Guide.  Seattle24x7 has been given permission to excerpt parts of the candidates’ profiles.

In the mayoral race, since incumbent mayor Ed Murray has chosen not to seek reelection, there are now no fewer than 21 candidates who have thrown their hats into the ring. The WTIA interviews and analyses focused on the top four contenders.

Each candidate was asked to answer the question: “What is the role of the tech industry as a partner in creating a better city as we grow?” 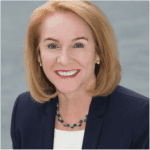 Jenny Durkan, who is running, according to the WTIA Voter Guide, as “a common sense, coalition builder in this year’s mayoral race,” holds experience serving as a U.S. Attorney in Cyber Security, and is obsessed with data and metric-driven analysis to address the problems facing Seattle – an approach she used to lead reform in the Seattle Police Department.

Jenny also believes that Seattle has a right and obligation to lead our state on matters of public policy. While basic services come first as a priority for her, that does not mean that Seattle must wait for Olympia to lead on important policy topics including labor laws, autonomous vehicles, tax portfolio, business climate, workforce development, etc.

Jenny has the endorsement of former Governors Chris Gregoire and Gary Locke, SEIU 775, the current Seattle Mayor Ed Murray, and several other city, county, and state elected officials. She has also received endorsements from The Seattle Chamber Civic Alliance for a Sound Economy (CASE) and the Seattle Times.

Durkan on Tech: “We need smarter approaches to mobility, both public transit and private transportation. We need more diverse training options so that workers can bring their talents to bear on the cutting edge of innovation. We need a K12 system that works for every student and that prepares them to join teams of innovators who are designing solutions to problems we have not yet envisioned. We need a government that works more efficiently and is more accessible to citizens, that provides the same convenience and flexibility that they enjoy in the marketplace, that meets people where they are.
“We need to be able to innovate quickly, to learn from others, to solve problems collaboratively, to engage broadly and to scale solutions efficiently. The tech sector has a long track record of proven success with these capabilities. I look forward to working with you to engage those skills for the benefit of our City.” 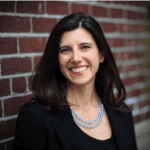 Jessyn Farrell is a transportation-focused policy expert, having spent her professional career working in the transit space at the city, county, and state level. She links homelessness to housing affordability, but also noted that investments in mental health services, safety, clean-up, etc are all critical components to addressing this city challenge.
Farrell on Tech:  Jessyn has substantial experience as a coalition builder during her time in the State Legislature and in public transit. She showed political savvy when she noted the new district council system in Seattle as a way to leverage the mayor’s office to forge coalitions with an increasingly anti-business council. She was clearly eager to work with the business community, if elected, but, according to the WTIA survey,  did not have a marked knowledge of the tech industry challenges or specific ideas on how to partner with tech in solving city growth problems.
Jessyn has support from elected Democrat officials at the state level, several mayor and city council members from the region as well as the labor community. 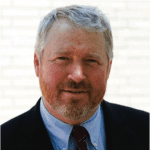 Former Seattle Mayor Mike McGinn is running again with the desire to return to public service after losing a close re-election contest in 2014 to current Mayor Ed Murray.

McGinn on Tech: Mike wants to dispel the notion that he was and would be an “anti-business” mayor. He points out that OED under his last administration created useful resources for startups. He believes the anti-business rhetoric stems from his vocal opposition to the Bertha Tunnel.

Mike is eager to support the startup community. Interestingly, he sincerely believes that it is not small tech companies that create jobs for the region, but only the small tech companies that become large companies which create meaningful jobs. Given this somewhat misguided point of view, he does indicate a desire to have the Office of Economic Development (OED) serve newly formed companies and those that are growing rapidly. By contrast, Mike expects substantially more effort and financial contribution from large tech companies, but he was not specific on what we should be doing differently.

Mike received the endorsement of The Sierra Club. 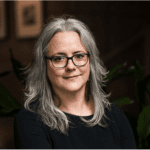 Cary Moon positions herself as a progressive urbanist and coalition builder. Her background is unique among the candidates running, having started her career as a systems engineer in the manufacturing sector. She then transitioned into a career focused on urban design and landscape architecture.

Moon on Tech: Cary is a supporter of city-owned municipal broadband and is eager to develop policies that treat broadband as a public utility like water or sewer. However, according to WTIA, it was clear she did not have a full grasp of the market dynamics, the economics, or the regulatory framework in this complex matter. She was quite eager to study the matter further and refine her point of view.

Cary has endorsements from The Urbanist and The Stranger.

The city of Seattle’s primary election is August 1st. [24×7]