A Hackathon to Brainstorm How to Best Brief Top Government Decision Makers Awards $10,000 in Seattle 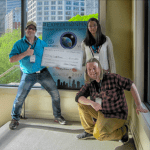 Media culpa! The headline of this article has been “trumped up” in order to win your attention. Okay, it was also done to make a point. America’s confidence in the information it receives from numerous sources is under assault. The drumbeat out of the “other Washington” is that the news is fake if it does not comport with a particular point of view, as if facts no longer matter.

The reality is that a set of facts is not responsible for how it may be interpreted.  Whether it’s the absence of WMDs in Iraq or the effects of global climate change on the planet, once the facts are observed and reported, it is up to you, as an information consumer, NOT to mistake real news for fake news.

A free and open society cannot exist without a government that values the accuracy of information, or “intelligence,” unclouded by personal or political motive.

Case in point: A Hackathon competition entitled “Curation for Curators” took place in Pioneer Square last weekend that was designed to solve a related problem in curating a wide range of information.

The problem: Every morning briefers present the day’s top stories to our national security decision makers. Due to time constraints, many leaders receive only a quick briefing with a physical print-out containing the news and information they need to know. Briefers build these books for each customer using a time consuming process. 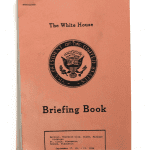 How can today’s top government decision makers receive information in daily briefings that is more relevant, complete, useful, and, dare we say, credible? How can governmental briefers compile, visualize, synthesize and organize information in a form that is most useful to its end-users?

Such a noble Hackathon challenge sold more than 120 tickets to Seattle’s IMPACT HUB workspace and awarded the winning team a check for $10,000. 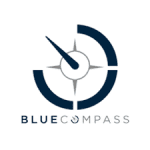 The commander-in-chief is only one of the leaders among Washington’s pyramid of “personas” for whom better data parsing is desperately needed. Seattle’s Expedition Hackathon provided seven mock decision-makers who operate within U.S. government agencies at the other end of the global firehose of information. One briefer could be responsible for briefing to a diverse set of decision-makers, such as these:

•  The Immigration and Customs Enforcement (ICE) Director, under the Department of Homeland Security, relies on info for combatting drug smuggling along the US border and is looking for data on gang activity, construction reports (tunnels), and illegal movement of people and trade.

•  The Assistant Secretary Of Defense For Nuclear, Chemical, and Biological Defense Programs is responsible to prevent, protect against and respond to Weapons of Mass Destruction (WMD) threats and requires information on means tests, sanctions and foreign country (non-US) responses to weapons testing).

•  The Director of Maritime Security Operations for the U.S. Coast Guard Maritime Security Operations seeks to deter, prevent, disrupt and recover form terrorist attacks and other criminal acts in the maritime domain. Add weather reports affecting such international ports of call as Shanghai, Hong Kong, Incheon and Manila to this critical data feed.

•  The Director of the Wildfire Division for the Department of Natural Resources in Washington state applies daily reporting to the planning and allocation of resources to fires, requesting and responding to other states and federal planners. This need to know includes weather conditions, fire news reports from in and outside of the state, evacuation reports and flight safety information.

•  The Mission Director for Syria is the chief policy maker for the Syrian Refugee Crisis, and who needs to be briefed on various countries’ status of accepting refugees, refugee camps, and refugee flow paths as well as War reports indicating location, civilian casualties, policy statements made by government and rebels.

•   Finally, the Director of CENTOM J2, the United States Central Command – Joint Intelligence, is responsible for US security interests in 27 nations that stretch from the Horn of Africa through the Arabian Gulf region, into Central Asia. This manager must sort and sift news related to ISIS operations within Syria including info on movements, battles, kidnapping, demands and supply trains.

Clearly, each of these leaders is dependent on the latest, mission-critical information to be sorted, sifted, and delivered in the most coherent manner possible.

“May we help?” responded Seattle’s IT crowd — coders, analysts, engineers, architects, UI/UX experts, project managers and academics — who put their heads together to hack into this question.

After 36-hours, the grand prize winner was a team branded “No Lost News” who described their solution as taking a cue from the way Reddit organizes textual news, and Pinterest or Tinder manages visual information.

“No Lost News was designed to be the ‘front page of the Internet’ for briefing-book builders,” said user experience engineer and team presenter, Lee Gillentine, during the three-minute demo round.

In order to keep it real, No Lost News built a human feedback loop into its solution that could drive a first-generation machine learning model.  A grading feature of the software asks whether or not each briefed article is “Useful,” “MEH,” or “Useless?”  The score helps improve a suggestion feature that recommends who else may find the information of value.

Taxonomy was not lost on the team or the news. Once the list of No Lost News reports found its way into a briefer’s compendium, the articles could be tagged and also cross-referenced with other briefing books.

The user-friendly website was built with React.js and Semantic UI. Rounding out the winning team’s triumvirate was Sacha Rétif, a mechanical engineer. The project code can be found at GitHub, <https://github.com/geetotes/conduit-react>.

To lend more perspective on how Hackathons may help us all save the world, we spoke to the president of host Blue Compass, Hackathon organizer, Christine Jung.

Seattle24x7: One can’t help but admire the way your ExpeditionHackathons are connecting grassroots technical prowess with real-world problem-solving. They seem to serve as spawning grounds for outside-the-box thinking and enabling better solution-finding for America’s biggest challenges.

Christine Jung: The whole idea of the ExpeditionHackathon series is to give our government access to bright new ideas and new people. Sometimes that might be leveraging code, sometimes it might be leveraging projects, sometimes it means working together to build out new ideas. Some of the ideas produced by the Hackathons can be developed commercially and even sold to the government down the line.

Seattle24x7: Can you give us an example?

Christine Jung: One example is from our Sunnyvale Hacks last August. There was a married couple who won the challenge for a technology that was labelled Multi-Spectral Image Detection. The purpose was to discern you were looking at images of the most updated content. For example, the characteristics of a certain image indicated that there was once a building there, whereas if another image showed up there wasn’t. Using the concept, you could look at two pictures and tell which one was the most current.

Seattle24x7: Why is technology so frequently absent from day-to-day governmental decision-making support such as information processing? 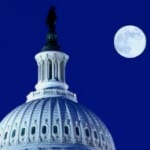 Christine Jung:  A problem within the federal government in this context is that there is typically a single briefer who curates the content for several national decision-makers. So, for a very senior executive, that individual must figure out what is the most interesting, what is the most relevant, and what they need to hear, often with very little analytics to go on.

What companies like Facebook and Google have as a huge differentiator is their analytics. They are able to analyze the clicking behavior for all of us. For a briefer, the majority of their discernment occurs outside of an analytics tool. No one has created a really good tool for curation that improves on the position of curating your own content.

Seattle24x7: Of course, the human perspective is something that can screen out mistakes. Facebook, for one, had come under fire for disseminating “fake news” promoted by its algorithms before reinstating human editors?

Christine Jung:  I think it’s important for the receiver of curated news to provide feedback to the curator as part of the loop, whether it is a human or a tool, to understand whether or not the information was relevant. During the feedback loop, if someone deems the output as “fake news” “or alternative facts,” then it comes down to a question of relevance.

Seattle24x7: The Hackathon identified seven different personas, all who depend on accurate information. What happens when the persona itself is the weak link in the chain in terms of an inability to comprehend the information that is being presented?

Jung: In that case, the issue is usually about conveyance as opposed to curation.  If a person needs to see a briefing  on one or two pages, if their attention span only runs to 140 characters, then some personalization needs to occur. Visualization can help.