Frequent flyer Ed Iacobucci was growing weary of the downtime he routinely suffered in business air travel. Instead of gaining valuable face-time with colleagues and customers, the inefficiency of airport layovers and a myriad of other logistical challenges meant costly delays.

Was a 24-hour investment really necessary for a two-hour trip?

At the time, the Brazilian-born systems architect was helping forge the joint IBM-Microsoft design initiative for IBM DOS and had learned two important lessons: 1.) Working with Seattle was easy. 2.) Getting there was hard.

Before Ed would go on to found Citrix Systems and eventually foster the time-saving “virtual meeting,” the tech jet-setter had what people in the industry would call an “optimization problem” on his hands.

What if there was a software solution that combined flight scheduling and logistics with executive jet aircraft — and that worked with Occam razor-like efficiency?

In aviation, the software’s checklist was complex: flight plans, pilots, co-pilots, attendants, weather, airports, fuel, food, and above all else, safety.

The IBM manager who was helping to enable the Microsoft DOS lift off would soon find an answer with another Microsoft engineer emeritus and a former CEO of Symantec by the name of Vern Raburn.

Raburn’s startup company in Albuquerque, New Mexico, known as Eclipse Aviation, was on a similar mission to build a fleet of  jet “taxis” for under a million dollars a piece. A major stake-holder on the Eclipse project at the time was one Bill Gates.

Iacobucci called upon a unique team of problem-solvers, a retinue of Jewish emigres from the former Soviet Union who had been brought over from Israel after the startups they had created were acquired by Citrix. It took the squad over four years to build the initial core optimization engine.

Day Jet, the aviation Uber of its day, stayed aloft for just over three years until, in 2008, the company was grounded on two fronts — first, the economy careened, sharply curtailing demand. Secondly, the cost of the planes could not come in under one million dollars, but closer to $3 million instead.

The aviation service was hangered, but the software engine had been cleared for take-off. The brainchild of Iacobucci, Raburn (and investor Gates), was taken over by a group of investors and became the propulsion engine for Bellevue-based BoldIQ.

Biography aligns with trajectory.  As BoldIQ’s CEO, Ganzarski combined the logistical vision he developed as Chief Customer Officer for Boeing’s Flight Services division with over three decades of global business management expertise. Today, Roei sits on the board of the Washington Technology Industry Association and is chairman of the global business advisory board at the University of Washington Foster School of Business. He has earned an MBA from the UW, and a BA in Economics from The University of Haifa.

Seattle24x7:  Welcome, Roei. BoldIQ appears to be squarely positioned to empower the “on-demand” economy. We can’t help but notice the irony that  the software solutions you create are also developed “on-demand,” according to each of your customer’s “demands” from the inside-out!

Roei: In essence, we began not as a software company that was looking to solve a problem, but as an operations company that uses software to solve real world operational challenges  That fact, by itself, provides a completely different twist on how we look at and solve a problem. We do not try to reach the ultimate, mathematical solution. Rather, we strive to provide our customers with the best plan possible that meets their operational needs at the time they have to make an operational decision.

Seattle24x7: Your approach represented a major departure from the linear optimization software of the time?

Roei:  Yes, there were, and still are, optimization engines out there that focus on trying to reach an ultimate mathematical goal.

Traditional optimization software was based on linear programming. Because it is linear by nature, the constraints employed are limited to outcomes like  ‘yes or no,’  or a rising scale calculation, and so forth.

We did some benchmarking with other companies and universities comparing the elements of traditional mathematical optimization versus our model, and where we would solve queries in 15 seconds to 15 minutes, it would take the traditional optimization platforms anywhere from a few hours to “overnight” to process.

We have been able to “crack the code” and take a whole different approach to what true, logistics operational  optimization means. One, it’s working from the “inside-out.” Two, it’s understanding expectations. If I’m an operator I don’t need a 100% empirical solution. I need something I can use when I need to use it. That requires a different approach.

Seattle24x7: Linear is not the model for realtime decision support?

Roe: Let me give you an example of an Asian airline rule required to be upheld when a flight plan included travel to mainland China: they must have four cabin crew that speak Mandarin Chinese. That’s a fairly simple, linear constraint. But here is a twist: one of the cabin crew has to be a male, and when there are male cabin crew onboard, there have to be an even number of them.  So you can see how this set of constraints becomes non-linear. Traditional linear based programming cannot solve it. 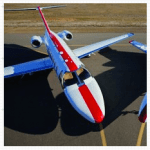 What the airline used to do with their old software was to try and create a perfect schedule (an initial investment of eight hours roughly), and then spend 2-3 days manually manipulating the plan to incorporate the language rules. Once we were able to put the same rules into our engine, the airline could produce a month-long schedule in twenty minutes that met all their needs.

Seattle24x7: Are these real world constraints entered on-the-fly by the operator, or pre-programmed during design?

Roe: What we have is a set of algorithms, whether it’s for business aviation, last mile mobile workforce, health care, or HR staffing. In each case, we look at the issues the industry must solve. What do the problems look like? How can we sequence or combine the algorithms that fit the industry? There is a mathematical theorem called “No Free Lunch,” that ordains you can’t have one generic solution that solves everyone’s problems.  So our approach is to build a customized solution for each industry. Within that framework, the customer or operator can decide which rules are relevant to them or not, and to configure each of these rules themselves.

Seattle24x7: Looking at transportation and e-commerce, the next generation appears to be about delivery vehicles like drones and driverless cars. The logistical challenges boggle the mind.

Roei:  It is a complicated problem. Yet, from our perspective, we look at the Internet of Things, driverless cars and drones as just the next input-output session. A driverless car or a delivery drone is just another resource. Instead of having a driver receive an optimized schedule of the various pickups on a route, it’ll be a driverless car that gets it through a remote API.

From an optimization standpoint, a key question that could be asked  is why should an Amazon delivery vehicle only deliver Amazon products? It could also deliver Walmart products, Google products or Nordstrom products. The idea of four different cars, or drones, coming to the same house requires over capacity snd creates unwanted congestion and waste.

Seattle24x7: Speaking of ground transportation, we have a traffic congestion problem here in Seattle that is in dire need of optimization.

Roei:  A city is limited by the driving resources it has in term of roads and highways. You can’t just build another road on demand.  The number of paved roads and lanes is fixed at least for a given period of time. The number of parking spots is also pretty much fixed, So when it comes to adding automobiles, you can either flood the roads with cars and create congestion, or make the use of cars more efficient and reduce the use of the same number of resources. No mathematical wizardry there.

In Seattle, what has happened it that taxi companies have not been efficient enough in their operations to meet the needs and demands of the riding public. So they basically created a situation that in essence invited in the ride-sharing compnies. The city of Seattle could require cab companies who want to continue operating in our city, to start using some efficiency tools and technology. I’m not talking about so called radio or computer dispatching. I’m talking about intelligent scheduling.

We should be asking cab companies to show us increased levels of efficiency and service. Instead, what we have done is invite more cars into the city in the form of ride sharing companies to meet the same demand. Again this creates over capacity, congestion, and waste.

The challenge for the city of Seattle, and any city with a finite resource of roads, is purely operational optimization. Provide the level of transportation required for the riding public, with the least amount and waste of resources.

Seattle24x7:  How would we think about real-time scheduling in another industry, say the health care field?

Roei:  In a hospital environment, there are a myriad of resources needed to do a job. Let’s say, for example, that you need to perform neurosurgery. First of all, you have a finite number of operating rooms and surgical equipment available at any given time. Then you have a specific pool of highly skilled doctors and surgeons who are certified to perform the procedure. Add in the nursing staff, including those who are specialized.

Next, you have the demand-side of the equation which are the patients. You need to make sure that each patient is well-prepared. For instance, that they haven’t eaten in the last 24-hours, have passed their pre-op checks, etc.

What’s more, a number of surgeries will take place in a given time period. So, the question arises – in a steady state, what is the best schedule that will allow you to have the most surgeries done with the most efficient use of those resources in a way that adheres to quality and safety rules and an optimal patient experience? 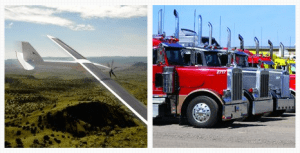 Seattle24x7:  You’re a board member of the Washington Technology Association and you chair the Global Business Advisory board of the University of Washington’s Foster Business School. What excites you most about the Seattle area ?

Roei:  What a phenomenal place to live and work. You have Amazon who is advancing retail software and logistics. You have Microsoft building and embedding global software as a service. You have Boeing, Paccar, F5, to name but a few.

Ultimately, where Silicon Valley was all about startups, Seattle is also widely focused on global business in retail and manufacturing. Here, there is not just one industry that limits in which direction you can grow. You’ll find the people and the experience to do it all —in a gorgeous and friendly environment. [24×7]