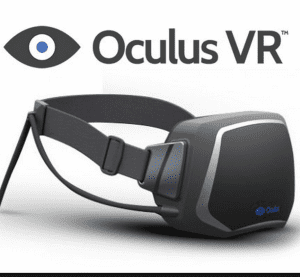 Oculus VR, the company behind the Rift virtual-reality headset, sent shock waves through the gaming world this month by announcing a partnership with Microsoft Corp. The gist: every Oculus Rift will be shipped with a wireless Xbox One controller, but the marriage of Microsoft gaming with virtual reality may go a lot further than the few games that are ready for launch.

At present, there are three major game titles that the Oculus Rift will support. The first is “Chronos,” a third-person role-playing game. The second is “Eve Valkyrie,” a starfighter/first-person shooter. Rounding out the hat trick is the just-announced Rift exclusive “Edge of Nowhere.”  Look a little deeper and it’s easy to see the next dimension. Microsoft’s plans reach beyond gaming: When Oculus Rift ships early in 2016, Windows 10 will offer native support for the VR headset.

An Even Bolder Move Than Kinect 2.0

Microsoft has changed the world of gaming before, including the peripheral category.  The Kinect 2.0 ushered in  an entirely new  gaming experience. The bundle was not a slam dunk success however. Microsoft eventually decided to sell the Xbox One without the Kinect bundle.  A cold-case, post-mortem analysis might determine that the fun  was missing for serious gamers (putting “Dance Central” aside). The difference now is that, with the direct support of Microsoft, even so-called normal Xbox/Windows games can  gain some semblance of Oculus support.

Some games have Oculus support already. According to gaming writer Vincent Balestriere a portion of these work well: “Grand Theft Auto V” in first-person mode is just “about the most immersive gaming experience you could have.”   VR is not necessarily appropriate for all games or gamers:  Balesterie admitted that “during a demo for a  nondescript fitness game I got quite a headache.” 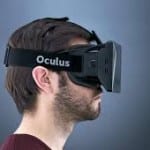 There are certain genres where VR would make gaming more difficult. In theory, jumping into a fighting game would be amazing, but adding Oculus support to a sideways fighting game such as “Mortal Kombat X” “wouldn’t give you a better look at what’s going on, said Balesterie. The same goes for isometric shooters such as “Hatred,” or turn-based games such as “XCOM” — there’s nothing really to be gained by adding VR compatibility.

The trick is for developers to recognize which games will  be enhanced by the Oculus, so budgets are not wasted on integrating Oculus support when they could have been spent on bettering the core games.

Sony Corp.’s VR system, Project Morpheus, is slated to hit the market at the same time, and the strong HTC/Valve Vive project has been designed with the vast library of Steam in mind. So there’s at least two more chances someone will get it right, in addition to Microsoft.