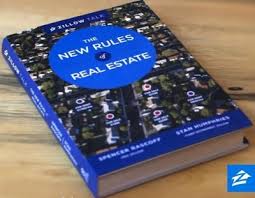 Forget all of those trite little sayings that passed for “conventional  wisdom” when you were trying to remember everything you thought you knew about real estate.

“Buy the worst house in the best neighborhood.” “Don’t buy if you’re only living in the place for a short time.” “It’s better to remodel your kitchen than your bathroom. (Wrong, wrong, wrong.)”

In the book, Rascoff and Humphries tap into Zillow’s enormous volume of proprietary housing data and analysis to bust common real estate myths and turn conventional wisdom on its head. The book reveals practical, data-driven insights on everything from why you shouldn’t buy the worst house in the best neighborhood, to why a bathroom remodel is better than a kitchen remodel, to how living near a Starbucks can increase your home’s value.

“Zillow Talk” has received notable acclaim from a variety of media outlets. Business Insider named it one of the 15 Best Business Books Coming Out in 2015, USA Today included it on its New and Noteworthy list, Fortune magazine recommended it as a new title to read in 2015, and Amazon named it a Best Book for the Month of January.

Here are excerpts from an interview about the bool — and an excerpt.

“It’s probably what Zillow is best known for. Something like 80 percent of all homes in America have been “zillowed,” have actually had the owner look up their zestimate on the site. The way we calculate the zestimate is a very complex algorithm… The shorthand is we look at the properties of the subject home and we compare it with like-properties. We do it using machine learning and algorithms which are very complex. We value every home in the country, every night, and nationwide zestimates are actually quite accurate, even though they’re computer-generated.

Rascoff on criticism from the real estate industry

“We call it a ‘zestimate,’ not a ‘zappraisal’ (appraisal). It’s supposed to be a starting point to figure out a home’s value. If you want a more accurate opinion of your value, you should consult an appraiser or a real estate agent. Zillow provides all this great free information for consumers as a starting point and the consumer is also undoubtedly much more powerful today than 10 years ago before we started. We think that’s very important.”

Rascoff on why Zillow will never replace the traditional appraiser

Humphries on the big decision: renting vs. buying

“We think it’s a complicated issue because there’s certainly a lot of things that go into buying and renting. When you think about buying, there are tax benefits but there are a variety of costs that go along with homeownership. On the renting side, it’s a little bit more straightforward but you’ve got expectations about what rent prices are gonna do in the future, renter’s insurance, things like that. We boiled all that down and we think the easiest way… to think about that is what we call ‘break-even horizon,’ which is this notion of how long you have to live in a house to make buying more advantageous than renting… Everyone understands if you’re gonna be in a house for 20 to 30 years, you should probably buy the house and if you’re gonna be in the house for six months you should rent it. What people don’t know is where do those two lines cross. It turns out that it varies in time and space… Using our big database… we crunch those numbers every quarter and compute the break-even horizons… for every city and metro across the country. What we found was that in most metros right now, the break-even horizon is substantially less than 3 years, and nationally, it’s only 2.3 years.” 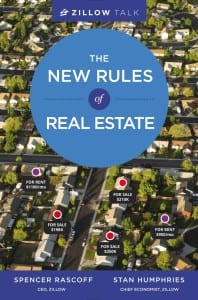 By Spencer Rascoff and Stan Humphries

Use Superstitions to Your Advantage

You may have noticed that this book has no Chapter 13, just as many buildings in the United States and other Western countries have no thirteenth floor. The reason: superstitions.

When it comes to our everyday lives, superstitions may be irrational, but they’re not irrelevant. Due to the prevalence and power of superstitions across cultures, we wanted to determine what effect— if any— these lucky and unlucky numbers have on real estate transactions.

Are buyers willing to pay a premium to avoid a hexed house? Or, conversely, will they dish out more cash for a lucky lodging? The answer to both questions is, statistically speaking, yes.

But first, let’s talk about paraskevidekatriaphobia.

No, we didn’t just mash the keyboard in frustration. “Paraskevidekatriaphobia” is actually the technical and tongue-twisting— term for anyone with a fear of Friday the Thirteenth. Before you scoff, consider that an estimated 17 to 21 million Americans suffer from this phobia. Some are so terrified that Friday the Thirteenth will invite tragedy that they refuse to leave their houses. As a result, according to the Stress Management Center and Phobia Institute of North Carolina, the American economy loses a whopping $800 to $900 million from reduced activity every Friday the Thirteenth.1 It’s quite an inauspicious day, indeed.

Of course, “13” isn’t the only number imbued with mystical powers. On the bad luck side, we also have “666,” or as the book of Revelations calls it, “the number of the beast.” (Fear of this satanic number is an even more unpronounceable “hexakosioihexekontahexaphobia.”)

And on the side of good fortune, we have the traditional “lucky 7,” which is a favorite in Las Vegas. And we have another Biblical reference, “316,” as in John 3:16—“ For God so loved the world that he gave his one and only Son, that whoever believes in him shall not perish but have eternal life”— which you can find on everything from bumper stickers and billboards to the eye black of professional football players.

How do these numbers affect home sales? It turns out that homes with “666” somewhere in the list price sell for 3.2 percent less than expected. Interestingly, however, we found that houses with “13” as the house number actually sell 2 percent higher than expected. (Note that there are less than half as many houses with “13” as the house number as with “12” or “14,” probably for the same reason that older buildings are usually “missing” the thirteenth floor.)

Another surprising finding is that although “7” has long been viewed as a lucky number across cultures, it has a decidedly unlucky effect on sale price. At a slot machine on the Vegas strip, landing “777” means you hit the jackpot. But homes where “777” is the entire house number sell for a full 2.1 percent less than their estimated home value; house numbers that just include “777” (17779 Main St, for instance) sell for 1.8 percentless than theirs.

In other words, finding the right home outweighs superstition across cultures— at least when it comes to house numbers.

While superstitious sellers would find it difficult— or, more realistically, impossible— to alter their address to include a lucky number or omit an unlucky one, changing the sale price of a house is a piece of cake. In theory, then, list prices might reflect any superstitious tendencies in American real estate.

Indeed, that’s precisely what we found in analyzing 4.5 million homes listed for sale on Zillow.

Know the Superstitions of your Local Market

In order to figure out whether superstitions are statistically significant in list prices, we put away our Ouija board and used the data to examine the influence of the highly superstitious numbers “4” and “8.”

In Chinese culture, the number “8”— pronounced “ba” in Mandarin— sounds very similar to the word for “prosper” or “wealth,” and is considered very lucky. The two digits “88” also look like the character for “double joy.” “4,” by contrast, sounds nearly identical to the word for “death.”

The way these divergent digits play out in Asian society is striking. For the same reason that Western buildings omit the thirteenth level, you won’t see many Asian skyscrapers with a fourth floor. In Hong Kong, many buildings don’t just leave out the fourth floor, but any floor that has a “4” in its number (e.g., the 4th, 14th, 24th, 34th, and 40th through 49th). That means you can come across a fifty-story building that only has thirty- six floors! And because “8” is believed to influence financial luck, items with “8” in them are considered highly valuable— so much so that a man in Chengdu, China, sold a telephone number composed entirely of “8”s for $270,723. And it’s no coincidence that the beautifully choreographed opening ceremony of the 2008 Beijing Summer Olympic Games began precisely at 8:08 p.m. on 8/8/08.

So, when we say that a list price “ended” in a “4” or an “8,” what we’re really talking about is the last non-zero digit in the list price.*

In order to gauge the effect of “lucky 8” and “unlucky 4” on American real estate, we compared the incidence of list prices ending in a “4” or an “8” along with the percentage of the population that is of Chinese descent in a given ZIP code. If imparting luck into the sale of your house by including lucky numbers in the list price is important to sellers of Chinese descent, then in heavily Chinese areas we would expect to see more houses with list prices that end in an “8” and fewer list prices that end in a “4.” 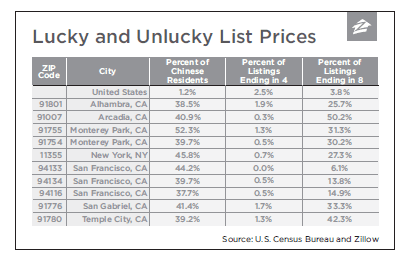 Notice anything? As we predicted, the “8 rate” in all of the listed areas is well above the national average. We also see that the areas with high Chinese populations have far fewer list prices that end in “4”s than the national average. The greater the Chinese population in a particular ZIP code, the more listings that end in lucky numbers, and the fewer listings that end in unlucky numbers. But what we really want to know is: Does having a lucky or unlucky number in your list price actually affect your sale price?

So in heavily Chinese areas, the number “8” not only sounds like “wealth”— it actually leads to it! “Eight” is, indeed, great.

On the other hand, homes that have a listing price that ends in “4” sell for less than expected. In non-Chinese areas, we see that homes with a “4” as the last non-zero digit in the list price sell for 0.4 percent less than homes whose list prices end in other numbers—a small, albeit statistically significant, reduction.

However, for homes in areas where the Chinese population is greater than 10 percent, the effect is far greater— and more negative.

In places with large Chinese populations, having a “4” in the listing price lowers the sale a full 1 percent below the estimated sale price.

So, if you happen to be selling your home in an area with lots of people of Chinese descent, it’s well worth being aware of numeric cultural significance when pricing your home. Listing at $158,000 instead of $154,000 may help to attract a buyer and add a little luck into your real estate adventures. At the very least, according to Zillow’s database, it’s a lot more effective than crossing your fingers and knocking on wood.

* A quick word on methodology: We focused on the last digit because even the most superstitious seller would be unlikely to price their $450,000 house at $399,000— setting themselves up for a $51,000 loss— just to avoid the number “4” in the list price. But they could pretty easily price their house at $458,000 rather than at $450,000. Changing the last non- zero digit of the price only slightly alters the listing price, and in doing so, sellers can satiate their superstitions without risking their potential profits. 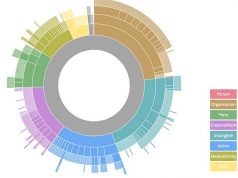 Tech Reset: Will the New POTUS Signal A New Era for Tech?