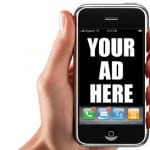 The Seattle Interactive Conference will commence its second annual all-star run this Monday, October 29th, beginning with a session on one of the most thunderous segments in the online world — Mobile Advertising. The brainstorm session, featuring the leaders in mobile marketing from Amazon, AOL, Hipcricket and Razorfish will be moderated by Seattle24x7 publisher and SearchWrite Web Content Marketing president, Larry Sivitz.

The Seattle Interactive Conference, considered by many as the Northwest counterpart to the South-by-Southwest (SXSW) multimedia and technology festival, will feature a panoply of digital media, television, motion picture and music stars, including panels featuring author, comedian and “Mac-guy” John Hodgman, Academy award winning film star Tom Skerritt, musician John Roderick, along with presentations by the seminal founder-publisher of PC Magazine, David Bunnell, and game designer Elan Lee, regarded as the creator of alternate reality games, to name but a few.

“Gamechangers” is the theme of the SIC event and the Mobile Advertising panel represents many of the top influencers in the industry who are shaping “M-Commerce” by defining the emerging best practices, products, and protocols all of us may soon be using to procure goods and services from our portable devices.

Joining moderator Larry Sivitz, who architected and produced one of the first multi-national mobile commerce Web stores online for MFORMA (aka “Hands-On Media,” since acquired by EA) on the Mobile Advertising panel are:

Jon Nolz, General Manager of Hipcricket, one of the mobile world’s foremost marketing leaders, where he is responsible for product strategy, product pipeline and product development.

Mandar Shinde, head of mobile monetization for AOL where he plays key roles in ad formats, products and standards.

Jeremy Lockhorn, who leads the emerging media practice at Razorfish, the team who is responsible for scouting opportunities in new channels like mobile, tablet, converged television, game consoles, digital out of home and more.

If you’re anywhere near the area code of (206) in the Pacific Northwest, you won’t want to miss this idea-potent Mobile Advertising connection.

Tickets for SIC 2012 are available exclusively at www.seattleinteractive.com  [24×7]