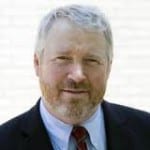 As April showers precipitated a wellspring of evergeen ideas at City Hall, the City of Seattle, King County, and Washington State hosted Startup Weekend GOV , the first Startup Weekend event in the world to focus on using government datasets to build new startups.

In officially opening the 56-hour Seattle brainstorming marathon, Mayor Mike McGinn simultaneously announced the Evergreen Apps Challenge, a partnership between Seattle, King County, and Washington State to award over $75,000 in prize money to the top apps in 7 different categories. Apps that are created as part of Startup Weekend GOV will be eligible for the Evergreen Apps Challenge, but it’s open to everyone; prizes will be awarded in early October.

The mantra for the Startup Weekend is “No talk, all action. Launch a startup in 54 hours.”  This year’s 130 attendees were  invited to make an opening pitch which is a 60-second elevator speech for a startup idea, complete with a startup name and the types of staff they would need to make it happen (developers, designers, project managers, etc). After all pitches are heard,  the participants vote via post-it notes for their favorite ideas, and the top ideas formed up into teams and got to work.

The pitches ran the gamut, from a proposal to streamline government contracts for small businesses to an animated children’s app called “Poop Tracker” that would let you walk along the route of you sewer line between your house and your wastewater processing facility. See here for a list of the 38 ideas that were pitched Friday night, and here for the 10 that made it through to the point of doing presentations Sunday night.

Top honors were awarded as follows:

Team members from WhichBus and Art Rover both won lunch with Mayor McGinn. The Reporta and Civic Rally teams won legal support to help make turn their Startup Weekend projects into businesses, and the My Spot team won a meeting with officials from the Seattle Department of Transportation to discuss the feasibility of turning their idea into an actual product.

This challenge will officially open on July 9, 2012 and close on September 6, 2012. Further details and requirements for entry will be announced in the coming weeks.

Browse the available open data sets from the three sponsors at:

The program is funded in part by the American Recovery and Reinvestment Act (ARRA) through the Washington State Broadband Office in the department of Commerce. It will promote the goals of the national broadband plan, and will help drive demand for broadband services among mobile users across the state by demonstrating the value of connecting with information and services from the state’s digital economy.

Employees of the City of Seattle, King County and Washington State are not eligible for cash prizes but can apply for the Good Government awards.