Facebook creates Fan Pages. Twitter begets Followers. YouTube attracts Subscribers. And Google invites you to show your affection for content with the +1 Button. Still the founders of Seattle-based Giant Thinkwell perceive that fan engagement is “not very special, not very social and definitely not as much fun as it should be.” The company is creating a next-generation entertainment platform to deliver richer online experiences for all kinds of celebrities to engage.

“We’re reinventing standard celeb/fan modules like trivia games, photo galleries, polling, e-commerce, fan forums, and more,” say the principals. “If the future of fan engagement is via Facebook fan pages, then Facebook Credits are an exciting new way for fans to gain access to exclusive content and engagement with the celebrities they love. That’s where we come in!”  Giant Thinkwell’s technology allows anyone with a fan following to easily customize a range different modules for improving their fans’ Facebook or online experience.

A product of Startup Weekend, Giant Thinkwell was created in 2010 by Kevin Leneway and Kyle Kesterson. After participating in Seattle TechStars, Adam Tratt—former marketing director of Cranium and Senior Vice President of Mr. Youth—joined as co-founder and CEO. 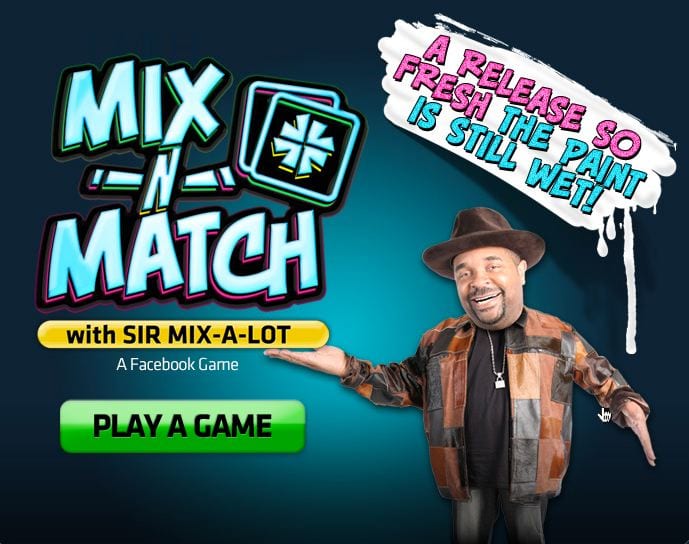 The trio has just released its latest game, “Mix-N-Match with Sir Mix-A-Lot,” an entertaining trivia game show featuring the hip-hop legend himself.

Giant Thinkwell made its public debut in February 2011 with the Facebook game Celebrity Baby Jackpot, which was played more than 1 million times by more than 250,000 users and ranked among the top 5% of all Facebook games shortly after launch. To drive trial and awareness, the company pioneered a community-driven social media “War Room” as part of its launch strategy, executed on a budget of just $42.15.

According to co-founder Kevin Lenaway:”The War Room launch strategy hinged on  rallying various friends from across Seattle’s startup landscape to help us promote the game to key audiences across social media and traditional channels. This amounted to a social media marketing hackathon that delivered great lessons for many of the participants.”

According to research firm Parks Associates, social gaming revenue is expected to grow to $5 billion by 2015. More than 300 million people play games on Facebook each month, with 56 million players logging in each day. Twenty percent of players have paid cash for in-game benefits.

Giant Thinkwell has also announced that it has closed a $600,000 seed round led by Madrona Venture Group with participation by Founders Co-op and several strategic angel investors. “Social gaming has quickly become a multi-billion dollar industry in the United States, but there’s little in the way of branded content in these games. We think building games around celebrities, with the opportunity for fans to win priceless experiences with the celebs, creates a compelling experience,  both for fan engagement, and for monetization,” said Scott Jacobson, a Partner at Madrona.