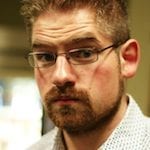 Danny Dover is a superb optimizer, both across the World Wide Web in search engine marketing and around the Web Wide World in life.

Like those he has trained with his SEO checklists for optimizing a Web page, Danny is living out the checkpoints of his very own “bucket list” and pursuing an optimized life on and off the Web.

With his aptitude for adventure, Dover’s “type A” personality can be found in the air escaping the confines of a prop plane at 10,000 feet for a sky dive, dog sledding in Alaska under the lights of the Aurora Borealis, going aloft in a hang glider or plumbing new depths as a certified scuba diver.  Dover’s desire to challenge himself to do what he never thought possible comes across in a new book that challenges Web marketers to do the same thing with the skills of Search Engine Optimization.

The much anticipated “Search Engine Optimization SECRETS. Do What You Never Thought Possible With SEO,” isn’t so much exposing the art and science of SEO (“The Art of SEO” being a different SEO book entirely co-authored by his former boss and colleague, Rand Fishkin) as it is demystifying it . The book  carries forward a tradition that Danny and SEOmoz made a staple — being “radically transparent” about how search works. Danny daylights what he has learned, tested, and advised Fortune 500 clients about exposing their own data on the Web. Are you ready to take your Website to the extremes of SEO performance?

Just hours after his new book began shipping in the U.S. we caught up with Dover for a decisive download on life and SEO in the fast lane!

Seattle24x7: Danny, to speak of search visibility, you became well known as one of the more visible figures at the Seattle-based  SEO consulting firm, SEOmoz, now an SEO sofware tools maker. How did you get started with them?

Danny Dover: I was studying informatics at the University of Washington and became impassioned about the Internet. If I could have earned a degree in “Internet Studies,” I would have. Informatics was the closest field of study. So I took a lot of Web development classes; I took a lot of computer science classes, a lot of  business information system classes. Eventually, I had taken all of the Web-related classes at the UW. So I decided to look for an internship and applied to a number of start-ups in the area.  SEOmoz was the only one foolish enough to take me [laughing]!

Seattle24x7: You were getting paid in SEO wisdom in lieu of dollars?

Danny Dover: That’s right. I said I will work for free. I’ll bring my own laptop. You just give me a place to sit so I can learn.  I moved up from there. I considered the education I got there  to be more valuable than what I was learning at school so I ended up dropping out.

Seattle24x7: That raises a larger question: “Is a practical education in SEO available at any university today?”

Danny Dover: There are a few universities who are starting to teach classes on SEO.  In fact, I  was offered a professorship at Seattle Central University for that purpose. I’ve also lectured at a few universities in the area on the subject.  And yet, it certainly hasn’t grown to the level of a major or a degree. I think it moves too quickly, and it’s constantly changing, so too unstable. [laughing].

Seattle24x7: A university classroom would also be less likely to cover the SEO “secrets” you mastered on the job. Did you write the book as a kind of text book for teaching what could only be learned in the trenches? 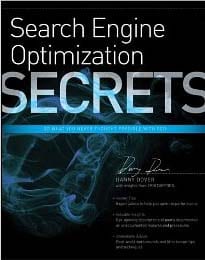 Danny Dover: Well, my main goal with this book was to level the playing field in terms of knowledge. A lot of the information about SEO that travels around the Web is either out of date or just plain wrong. The top tier SEOs end up keeping a lot of the most useful information to themselves. It’s about sharing what we learned and what works. Much of that can only come from direct experience.

Seattle24x7:  Your book shows how you have evolved from a coder and developer into a marketer? Can SEO be done effectively by just one person, or is it a team sport?

Danny Dover: At one level, say with a small company, you can have one person do SEO,  but if you want to take it to scale within a larger organization, you typically do need to have a team.  My book illustrates how an outside consultant would work with an in-house SEO team.  It examines the process and the reporting that goes on along the way. It’s very much a practical book in that it looks at the functional side of SEO.

For example, included are two 50-page reports that break down the kind of data we would present to Fortune 500 companies when going through an auditing process. The reports include a deep analysis into the many different metrics that we used while working with these important companies. I think diving into that degree of detail and exposing that information is the biggest secret the book reveals.

Seattle24x7: You also delve into pricing. What an SEO should charge for services?

Danny Dover: Right, the book presents a formula based on a consultant’s experience level and the type of clientele they’ve served before. I developed a matrix of different report types. The experience level is really key because all of the research tasks will be dependent on that variable.

There’s an educational effort that needs to continue to go on. Both Fortune 500 and SMBs very often undervalue what SEO can do and therefore, the budgets associated with that. It’s often a question  of showing them what their potential is if they were able to really succeed with SEO. This is the kind of money they could expect to make in return.  The irony is that,on average, only 20 cents of the search budget dollar is invested in SEO while 80% goes to PPC.Yet the usage is just the opposite, 80% of clicks are on the organic results in search and less than 20% on paid search ads.

Seattle24x7: When you talk about metrics and performance, SEO is more open-ended. Can SEO be modeled in terms of projected results the way that, say, a PPC campaign can?

Danny Dover: I have talked about this with a lot of intelligent people and have not seen it done yet. The problem you run into is that people who work with PPC get to choose their keywords. With SEO, the searchers of the world get to choose your keywords. We do not yet have a system to attribute those referrals in the same way we do with a finite number of keywords in a pay-per-click campaign.

Seattle24x7: What is your assessment of SEO automation? Is the industry on the verge of having SEO robots take over?

Danny Dover: I think that automation can supplement what SEOs do, but I don’t think it will replace what we’re doing. The reason I say that is that so much of SEO has to do with content creation and creativity, understanding the relevance of a story, why and when someone would link to it, in a way I don’t think computers can interpret. I certainly like a lot of the automated tools that are available to help me do my job more effectively, but they have not yet replaced it.

Seattle24x7: How do you read the relationship between SEOs and Google? Friends or foes?

Danny Dover: I think it’s a very interesting relationship. Google’s stated mission is to organize the world‘s information and make it universally accessible and useful. What SEOs are doing is making the Internet better organized. That makes it easier, and indeed makes it possible for Google to accomplish its goal. In other words, SEOs add extraordinary value to Google’s mission.

Seattle24x7: What can you tell us about your new role at AT&T Interactive and your other pursuit which is your “Bucket List?”

Danny Dover: My new role at AT&T allows me to continue my SEO work while enabling me to make search marketing easier for local businesses. My main focus is YellowPages.com (which is owned by AT&T). The team (notably John Cole, one of the most talented SEOs I have ever met) and the resources at Yellow Pages has blown me away. They did a billion dollars in revenue last year and have some extraordinary talent. As local search becomes more and more important for small businesses, I expect to see the usefulness of Yellow Pages continue to grow.

It also lets me keep going on my “Bucket Llst” which is really one of my higher priorities. The List is about 150 items and I’ve completed about half of them so far. My  deadline is May 25th, 2017.

You can follow Danny’s adventure on his personal blog Bucket Lister.

A Blog excerpt: “Danny Dover spends his time and resources waging war on unhappiness. His quest as a self-described bucket lister to complete his goals by May 25th 2017 has taken him to 6 different continents, made him an author, helped him lose 25% of his body weight, made him rich, got him into debt, allowed him to start two companies and enabled him to directly save two people’s lives. He considers this just the start.”