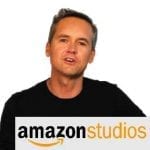 With a concept of cinematic grandeur combined with a bookseller’s pragmatism, Amazon.com has thrown open the gates of Amazon Studios, part film laboratory, part financier, part production company, but all entrepreneur.

Amazon Studios intends to award a combined $2.7 million in its first year’s worth of monthly and annual contests for the best scripts and movies available. There is no charge to participate.  Filmmakers work will be shared with a global community of filmmakers and fans, who are invited to offer revisions and advice. Screenwriters can see their words come to life as full-length test movies made by directors vying for the $100,000 monthly awards.

What’s a Seattle film studio without a Hollywood connection. Amazon Studios has a first-look deal with Warner Bros. Pictures, which means they’ll be offering up the top projects to Hollywood’s biggest studio for consideration as theatrical feature films. And winners of the Amazon Studios Annual Awards won’t just get money—they’ll also get a meeting with Warner Bros. development executives.

In all, the goal of Amazon Studios is to work with Hollywood to turn the best projects into major feature films.

What are Test Movies?

Amazons’ Test movies are inexpensive, full-length movies that tell the whole story of the script in a compelling way. They should have good acting and sound, but polished visuals are not required. Even primitive visuals will help people imagine what a script would be like as a finished film.

The Website has created five sample clips from two scripts to illustrate techniques that could be used to make test movies. These are not full-length, but are instead designed to quickly illustrate how different visual treatments could bring a story to life. All are types of animatics, which are images synchronized with a soundtrack.

Amazon Studios is looking for projects that can be produced, and in order to do that, you must have all rights to the story, dialogue, characters and all other elements that you contribute in your scripts and test movies.

One way to ensure that you have all rights to your script or test movie is to contribute content that is 100% new and original to you. You should also get releases from all actors that appear in your test movie or that provide voiceovers and from anyone else that helped you create your test movie.

Participation guidelines for the new enterprise are here.   Even if you’re not a filmmaker or screenwriter, you can stil be a part of Amazon Studios.

Feedback is crucial to the  process. So the new entity hopes film fans and the public at large will  write reviews and make comments in the Studios online forums. Your insights can be very valuable to the filmmakers.