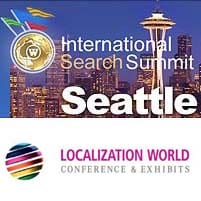 The crossroads of the online world in two essential, international disciplines, Search Marketing and Web Localization, both vital to “going global,” conducting international business, and simply being social in a country other than the U.S.A. or in a language other than English, converged on Seattle last week. The event was, to borrow a French expression, a tour de’ force.

The first U.S. edition of the International Search Summit took place at the Bell Harbor Conference Center on the opening day of Localization World 2010, an amazing international symposium that is quite simply the playbook for doing global business online. Even with competing Search conferences occurring in NY (SMX East) and the Bay area, the significance of the inaugural International Search Conference unfolding in Seattle cannot be understated.

The strategy sessions featured appearances by the General Marketing Manager of Yandex, Russia’s largest search engine, Wasabi, the leading Japanese search engine, and presentations or commentary by Andy Atkins-Kruger, CEO of WebCertain, Anne Kennedy, CEO of Beyond Ink, and Gillian Muessig, president and co-founder of Seattle-based SEOmoz, among other notables including Microsoft’s Kelly Thomas Nohaim who announced the integrated Bing-Yahoo search engine roll out in Europe, Rob Ousbey of Seattle’s Distilled and Larry Sivitz of SearchWrite and Seatle24x7. As to keeping the International Search Summit’s “exclusivity” a “best kept secret,” that cover is officially blown as a partnership with the SMX (Search Marketing Expo) organization was announced just a few days before the Seattle event began.

When 70% of Facebook users reside outside of the United States, when Mashable reports that only around half of all messages on Twitter are in English and when a majority of the 2.4 billion navigable and identifiable IP addresses are reachable beyond our shores, international SEO is a wake-up call for those who can’t see the Internet past the tip of their nose.

Ironically, Twitter is a prime example of both the changing culture and the paradox that exist with American technology. Since Twitter user names are still restricted to ASCII characters, Japanese names are rendered as the phonetic equivalents in the English language even while the tweets are in Japanese, And yet Japanese is the most common tweeting-tongue after English. Over 16% of Twitter users in Japan actively tweet, compared to less than 10% of Americans. Japan actually has a size advantage when it comes to the economy of language used by Google AdWords and the 140 characters that are limited to Twitter. As an example, the English word “information” requires a mere two characters in Japanese. Chinese is also far denser than English. Good news for reaching a country that has 30% more Internet users than the United States alone.

As a result of the explosion of online business for international marketers, there has been no recession of business for Language Service Providers, or LSPs for short, in recent years. More than a dozen exhibitors were on hand at Localization World 2010 to offer their unique, poly-lingual brands of service. Another good place to find these providers is Multilingual magazine edited and published out of neighboring Sandpoint, Idaho. 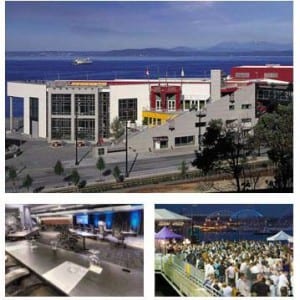 But find them you must. The bottom line is that search advertising “keywords” do not translate. The money you are investing in a multi-country keyword-based search campaign will be wasted without a language service bureau, or at least a native freelancer, to translate and adapt your copy and successfully migrate your campaign to its international destination.

Of course, planning an international search marketing campaign takes more than translation services. It is critical to arrange a country-coded top level domain address (known as a “CCTLD”) in order to show up in search engines with the native online address for the country you are doing business in. Want proof? A recent study revealed that 77% of UK searchers will click a .uk domain over a .com. International payment gateways are another challenge for currency conversion as are content and advertising personalization in a foreign tongue. Add in international link-building and the challenge is far from simple, but also eminently doable with the right help. Dmitry Minenko who handled “online tourism” for HelloBC.com during the 2010 Winter Olympics coached the audience on how he hosted multiple language versions of the BC site and redirected visitors to the right language content automatically via GEO-IP detection. SearchWrite, a Seatle24x7 sister company, has done geo-local optimization in the UK and Mexico and built content and local sites for both .com and local CCTLDs.

If you do business outside of the U.S., or are ready to start testing the waters, localization is your first step, and an increasingly vital step for playing it smart. Even smarter, sign up for the next Localization World in Seattle. Speaking of smarts, the British Journal of Developmental Psychology recently offered evidence to suggest that text-speak may actually aid children reading development. and that shortenings, contractions acronyms, symbols and conventional spelling all fall under the broader language umbrella. Translation: It’ll make your kids smarter, too!

Breaking down borders and language barriers will expand your marketplace by orders of magnitude. The maxim for maxing out your opoortunity is the same in any language: To think global, create content that acts Local.