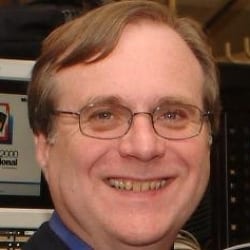 Renegade venture capitalist, Paul Allen, has fired a legal torpedo at the top companies in techdom this week that has analysts scratching their heads about whether the Microsoft co-founder, VC magnate and U-boat commander has crossed the chasm of irrationality.

Does Allen really want to bring the software world to its collective knees?  The alternatively high-minded, but perhaps overly optimistic school of thought is that Allen would like his legacy to be one of patent reformer.

The contrarian viewpoint is that Allen, who filed the lawsuit in Seattle Federal Court against 11 companies including the giants of Silicon Valley, Apple, Google and Facebook claiming  infringement of four patents related to search and online marketing, may secretly want to expose the basic futility of binding the gears of technology according to sweeping or ambiguous claims in seminal intellectual property.  The other companies named in the suit are relatively small organizations, such as the retailers Office Depot, OfficeMax, and Staples.

According to Allen, the technologies were developed in Interval, a company which he founded in 1990s. “The lawsuit is necessary to protect our investment in innovation,” said a spokesman for Allen. “These patents were created by and for Interval.” The spokesperson did not disclosed specifically how Allen will seek damages.

One rationale that Allan may have an ulterior motive was cited on This Week in Tech, namely that that Allen is more concerned about the legacy he will leave for the advancement of technology.  One would think he already has more money than it is possible for him to divest. As evidence of this hypothesis, TWIT panleists cited the small law firm representing Allen in the suit compared to the legal armies that will align against it.

In July, Allen, the 37th-richest person in the world according to Forbes magazine, pledged most of his estimated $13.5 billion fortune to philanthropy after his death.

Interval spokesman David Postman said the lawsuit was necessary to protect its investment in innovation. “We are not asserting patents that other companies have filed, nor are we buying patents originally assigned to someone else,” Postman said. “These are patents developed by and for Interval.”

Facebook spokesman Andrew Noyes said: “We believe this suit is completely without merit and we will fight it vigorously.”