Symform, a rapidly emerging cloud storage and free cloud backup service in Seattle, has announced two additions to its executive team, rounding out a talented leadership group. Chris Boscolo joins Symform as vice president of engineering, and Candace Grisdale is the company’s new vice president of worldwide sales. Over the past few months, Symform has aggressively recruited top talent to join the company as it executes on an aggressive mission to build a global distributed cloud storage network. 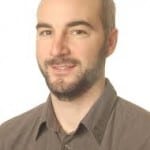 Chris Boscolo brings 15 years in the networking, security and cloud industries, and is known for his innovation and engineering leadership. He holds several patents. Prior to Symform, Chris was chief technology officer at Napera Networks and chief software architect at WatchGuard Technologies. While at WatchGuard, Chris managed software development of the award winning Firebox, a Firewall/VPN appliance. Chris holds a Bachelor’s degree in electrical engineering from the University of Washington.

Candace Grisdale joins Symform after running channel sales at DocuSign, where she defined the company’s new channel strategy. With more than 20 years in sales leadership, Candace also served as vice president of sales at Sesame Communications, and as a general manager at Microsoft, where she earned a reputation for building successful global teams and exceeding sales quotas. Candace holds a Bachelor of Arts degree in sociology from Whitman College with MBA studies at Seattle Pacific University. 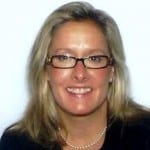 “Symform is rapidly building a massive peer-to-peer global cloud storage and backup network. This requires a senior management team comprised of proven technology executives,” said Matthew J. Schiltz, CEO of Symform. “With the addition of Candace and Chris in these vital positions, I am confident our fast growth will gain even further momentum.”

Symform’s executive team expansion comes on the heels of a momentous fourth quarter 2011 for the company. Most recently, Symform announced SSAE 16 compliance, the recently-revised SAS 70 mandate, and a second patent for its revolutionary cloud storage network. Also in Q4, Symform announced integration with both ConnectWise and QNAP to bring an unlimited cloud storage option to the ConnectWise platform and to extend QNAP NAS devices to the cloud for affordable and easy backup disaster recovery. [24×7]