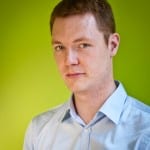 It’s after hours and you’re trying to decide whether to surf the local brew pub scene or the Web. Unbeknownst to you, you are about to make a startling discovery. Which world-changing, technology breakthrough would you prefer to encounter as a total surprise? A.) The prototype of the iPhone 4.0 lying on a table next to an empty beer pitcher, its novel, external antenna shielded from view by a camouflaged case? Or, B.) The next generation of Google Instant Search, dancing before your eyes, as you watch the live, streaming text on Google’s search engine results page shape-shift into various forms with each and every letter you type?  It’s too early to tell that you are surfing the future of Google search a good two weeks before the rest of the world gets a clue of how their searching habits are about to change.

For Rob Ousbey, Seattle’s newest imported marketing talent from the United Kingdom, and the new Seattle manager of Distilled Ltd., an SEO consulting firm that has opened up shop here at 119 Pine, the fortuitous answer was a sneak peek at Google Instant Search. How did Rob handle finding the four leaf clover?

Rob did what any self-respecting SEO caught peering through the looking glass at the future of search would do in the same situation? He recorded an on-screen demo and posted it on YouTube.  Of course, few would know what to make of the discovery of  a real-time, live streaming search page at that point in time.

It’s not often that you can scoop Google with nothing more than a Web browser and a penchant for knowing where to look to find the latest in search engine technology.  But pushing the envelope on SEO is all in a day’s work for this ex-Manchester search engine journeyman. Ousbey has traded the dreary, overcast skies of the British Isle for the nearly identical climate here in Rain City and taken up digs with his wife here in Belltown.

At Distilled, Rob currently oversees an office of seven, working on a mix of accounts of well-known consumer and high tech brands that are Puget-Sound based, around the San Francisco Bay Area, and across the American terrain.

‘We wanted to open a shop here in the U.S. to be a wing of our London office and we knew Seattle had the talent pool that would let us find the very best people,” said Ousbey.

So where exactly did Ousbey’s and Distilled’s streak of good luck begin?

Some might credit it to the day Distilled entered into a consulting relationship with Seattle’s Rand Fishkin and SEOmoz prior to the “Mozzers” deciding to leave the world of search consulting altogether and follow their dream as software tool and die makers for the SEO industry. Distilled had teamed with the Seattle search firm to advise on matters of international search business in an increasingly globalized, E-commerce world. By 2010, Distilled achieved something of a coup on the local search scene when SEOmoz literally turned over its portfolio of consulting business to the firm. Good morning! 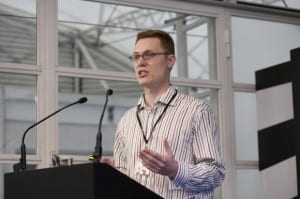 Ousbey’s decision to share his Google discovery with the world also mirrors something else Distilled and SEOmoz share in common, namely a philosophy of “radical transparency” when it comes to the business of SEO and social media. Both companies are prolific bloggers who would not think twice about sharing valuable insights, best practices or special techniques with their compatriots online. Whether it’s spreadsheet macros, like the SEO ROI tracker Distilled recently posted for public consumption, or the treasure chest of tools like the ones SEOmoz makes available at its Website in free and pro versions, the two companies advocate training, collaboration and openness in the search community.

“The most awesome thing about being in the search niche is being exceptionally transparent,” says Ousbey. “I write stuff on the SEOmoz blog, the Distilled blog, or my own blog that gives away a lot of value and others may say how can you give away company secrets? Well, we can afford to be transparent if it contributes to a discussion of what good SEO is all about!”

Rob’s attitude speaks to a core issue that is both the upside and the dark side of the SEO marketplace  at present. The amount of misinformation that exists in the market and the lack of training which some practitioners can get away with (their clients being none the wiser) are genuine threats to the integrity of their profession. The transparent sharing of knowledge is an antidote to shoddy practices.

One of the thiings that makes search marketing so misunderstood is its difference with pay-per-click, also known as sponsored search or “PPC.”  With Google AdWords, it’s easy to quantify how many clicks resulted from a search ad or campaign whereas SEO is open-ended since search engine referrals can come from so many disparate channels (local, social, PR, and video to name a few) and come from the “long tail” of search terms, not just the highest volume terms in a keyword inventory.

“Almost 30% of the search terms Google accounts for each month are brand new,” says Ousbey. “They have never been entered into the search engine before.”

Where PPC and SEO do come together is the idea of converting leads into customers. CRO, or Conversion Rate Optimization is a critical step in the “funnel” that many search marketers tend to overlook. And yet, making a single change in that process, like in site architecture, navigation or content creation, can mean millions of dollars in orders.

“Once SEO is done and done right, including link building, there can be a point of diminishing returns,” says Ousbey. That’s when we may say, “Let’s focus on CRO.”

Distilled would distill it like this: Contrary to Google’s new Instant Search technology, SEO success doesn’t happen in an instant. “It’s a long term proposition,” says Ousbey. “We’re in it to help clients over the long term.” [24×7]