If domain names are the real estate of the Internet, you could think of Jothan Frakes as one part urban developer, one part architect and one part super agent to the stars.

Since starting at the Internet domain game in 1994, Jothan has operated 5 ccTLDs or “Top Level Domains.” and worked for the company that serves the most popular generic TLDs. His 12 years of experience led to the creation of his position as Vice President Business Development at Name Intelligence after concluding a successful early career path at VeriSign in June of 04.

Name Intelligence powers many of the top Internet registrars’ domain name lookups behind the scenes with its powerful toolkit. Frakes is also the Executive Producer of the Domain Roundtable, one of the premier domain name conferences. This year’s conference, held at the Bellevue Westin, was keynoted by none other than ICANN Chairman/Google Chief Internet Evangelist and co-designer of the original TCP/IP protocols of the Internet, Dr. Vinton G. Cerf.

The event’s other keynoters included world famous domainer and owner of iREIT, Marc Ostrofsky, longtime world record holder for the largest domain name sale with $7.5 for Business.com and author of “Get Rich Click” for a keynote. The record was actually broken recently when Sex.com sold for a sum reported to be between $12-$14 million dollars.
We had to ask Jothan to give us his opinion on what makes a domain name valuable?

Jothan: “For me, a memorable name accompanied with good quality traffic is the grand slam of value. I used to say shorter terms that are easier to type, or dictionary words under .com. I think that the answer today is a moving target. Taking a three word term and making the content at the destination match it, say, FreeCreditReport.com, could be more valuable than a domain like creditreports.com? Is the .com extension totally important? Would one say that authorize.net is more valuable than authorize.com? Good, meaningful traffic is always the key, and having a name that matches the core business is all important, in harmony with well placed search engine ranking and keywords.”

Name Intelligence recently launched the beta version of DomainTools.com. The program is best known for its Whois lookup service. A domain name’s Whois information is collected, and compiled with a variety of additional important data points on the domain, like a thumbnail and meta data, name servers. Domain History traces the domain name’s records back as far as 1998.

The Mark Alert system is another service that is quite popular. The report, emailed daily, shows newly registered or newly deleted names that match a particular search string. If you are curious, for example, when someone registers a domain with the words ‘credit’ and ‘report’ in them, this is the tool for you. Auctions and For sale searches aggregate listings from popular aftermarket providers, such as pool.com, Afternic, Sedo, Buydomains, Snapnames, and GoDaddy, so that a person can locate a name easily. Reverse IP allows a person to find domain names hosted on a given IP address, how many, what type of hosting they use, the server type, and more. Domain Monitoring lets you watch the status of a roster of provided names, and tells you their transfer status, registrar, creation and expiration dates, and more. There is also Name Suggestion, a tool that will suggest semantically appropriate alternatives when a particular domain name is taken and a newly introduced tool called Name Server Spy that tracks how many domains use a given name server, their migrations, and more. It is already being used by major hosting companies to monitor domains for their customers on their own name servers, but that is just one of the uses. [24×7] 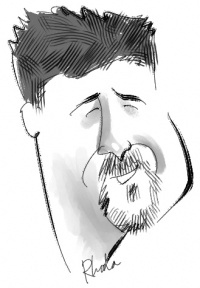 Jothan Frakes is the Vice President of Business Development for Name Intelligence, operators of whois.sc and is the executive event producer for the current 2006 Domain Roundtable Conferences.

He has specialized in Domain Name technical operations and DNS since 1993, with a particular career focus on ccTLD and gTLD operations and the ccTLD industry, NANOG, and the ICANN process.

In the past decade, Jothan has been Technical Operator of 5 ccTLDs, and CTO of a registrar/registry company, and is versed in the provisioning and delivery systems for registration and resolution systems used in TLD operations.

For Chris Guillot, Knowing the Right Methods for Merchants is her...