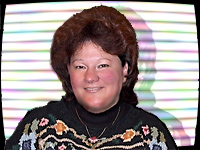 Less than 18 whirlwind months ago, a small group of women, virtually linked by the threads of an online discussion weaving across America and into the UK and Canada, struck up a conversation about starting a different kind of organization. The concept was one of an international non-profit group that would appeal to women who were interested in technology — as a tool, as a business, as a career field, as a viable community. The goal was to pull together the most positive pieces of various disparate organizations — the best of the tech and career-oriented ListServe forums, an international community that was also locally-oriented; a group that would support members’ career interests at both entry-level and at a more mature senior-level. The founders also wanted the organization to be a non-profit as opposed to a for-profit organization. Without a sponsor or a “good old boys” network and definitely NOT from Adam’s rib, DigitalEve was born.

Seattle24x7: Melanie, how would you describe the personality of DigitalEve?
Melanie: Each Digital Eve chapter tends to reflect a distinct regional personality. In San Diego, it’s more of an artistic, graphic arts culture. Boston is steeped in a longer tradition of women in technology and is a more mature, experienced group. And Seattle, much like the Silicon Valley, is more entrepreneurial with a lot of start-ups and a lot of great ideas, plus the relationships of being in Microsoft’s backyard. We also have a lot of students, people right out of school or looking to go back for a new career or sliding sideways.

Seattle24x7: How large is the Seattle Chapter?
Melanie: We’re up to 1600 list members, and we’re working on increasing the number of paid members. We’re finally getting the infrastructure built around our chapters across the world. We’ve been operating sort of as a loose club although the headquarters of International has been incorporated here in Seattle since October 31 of last year. We’ve become the hub primarily because we have so many people who have been active here along with the benefits and the resources.

Seattle24x7: Is there a membership fee and are you providing group benefits?
Melanie: There’s a charter membership fee until the end of December, which is $20. Next year there will be an annual fee, probably $40. And yes, due to the fact that there are so many people who work at home who are single and self-employed, insurance is a huge issue. What incorporation of the Seattle Chapter will do is make us our own entity, we can have health/dental insurance, have our own bank account, things that we can’t do as a loose organization.

Seattle24x7: A number of your members have come from Webgrrls ?
Melanie: Many of us were Webgrrls at one point or another. I was on the 2000 Seattle Steering Committee.

Seattle24x7: We don’t want to muckrake. But there was something of a rift with Webgrrls that came down with part of the membership?
Melanie: There were big pieces that weren’t working for some members. One was that Webgrrls was for profit. Also, internationally, it just wasn’t doing what it had the potential to do.

Seattle24x7: And Webgrrls is owned by a man?
Melanie: Right, while a lot of progress has been made in high technology, there are still departments where there may be one or two women among a large group of men. Because of that, there was an intrinsic feeling and a need to have our own self-worth. Webgrrls is owned by a man. It’s his business and he can do whatever he wants. That was not where some of these people wanted to go. I think our women just wanted to have more control over where there money was going and what it was being spent on . So they set it up totally differently.

Seattle24x7: Does that imply that you would not want to include men in directorial positions or as officers?
Melanie: No, no, not at all. We just had elections here in Seattle and they were open to anyone who wanted to apply. There were no restrictions on gender at all. That was not even an issue. If you spend any time on our mailing list you can see that there are several men who are pretty vocal on the list and the tone is generally pretty helpful and supportive.

Seattle24x7: Digital Eve also has generated some Special Interest Groups?
Melanie: There are some that have formed ad hoc, and some that have been ongoing. For example, we have a monthly lunch in downtown Seattle on the third Wednesday. It’s a great opportunity to come on down and network. We’ve also had job fairs, resume workshops, and as a result of some feedback from a survey during the recent election, we’ve identified a need for a higher end focus as well. We’re going to be hosting speakers and events that are meaningful to those who are well beyond entry-level. We have three goals that we’re aiming to fulfill here in Seattle. There’s a mentoring program, an education program and a networking events program.

Seattle24x7: You have placed a lot of emphasis on training?
Melanie: We had one round of our Mentoring program last year. Interestingly, we had a three-to-one ratio of people who wanted to have a mentor vs. be a mentor. So our focus going forward is to find more people who are affiliated with other companies and groups who can be mentors. It’s not necessarily a question of having to know everything. Many times, mentoring is listening and providing feedback and being only one rung higher up the experience ladder. Our education program held monthly classes over at TAF, the Technology Access Foundatlon. We’ve had a C-# (C-Sharp code) class, an XML and a Flash class, among others.

We’re looking forward to an annual dinner meeting in November. Our marketing group is working on new collateral and we’re going to overhaul our Website with Seattle colors. And some pre-Mentoring classes so that the mentoring program can get started as of the first of the year.

Seattle24x7: How are you adapting to the changes in the industry?
Melanie: We’re looking at a totally different community than we were even six months ago. People who have been out of work for four, five or six months are in a different frame of mind. How can we help them find a new place going forward? In the high tech industry, there are so many high level tech jobs, there are so many places that need help with Websites and desktop publishing, and creating logos that are not dot.coms.

We’re keenly interested in finding opportunities, including retraining through government agencies. For instance, some of those with graphic artist experience may find more opportunity with network, and backend and SQL server and Linux – or as a graphic artist for a company in an industry that is not high tech. There are unfilled positions in the marketplace, even in a recession. You may not find an ideal job and it may not be for quite as much money but I firmly believe that there are things out there for every one of us to be doing with skills that are useful. It’s harder to find a match. We want to do a better job of business development and talking to different companies and asking what can we do to help?
—————————————————————-
DigitalEve International http://digitaleve.org
Digital Eve Seattle Chapter http://seattle.digitaleve.org