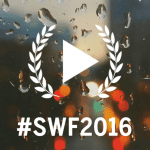 “And the winner of the Seattle Web Fest Award for Best [Dramatic, Comedic, Action/Adventure, Sci-Fi/Fantasy, Horror/Thriller] Web Series goes to … [insert digital SFX of drum roll and the collective holding of breath].”

Forget the Hollywood paparazzi! The Seattle Web Fest 2016 cast a brilliant array of illuminated pixels on a world-class lineup of episodic Web series and other digital storytelling formats when it celebrated its second annual show this month. Along with the curated works of nominees in 17 categories in Theater 2 of the Northwest Film Forum on Capitol Hill, Theater 1 featured the ”how-to’s” of digital movie making, artfully compressed into five panel discussion & workshop sessions helmed by industry luminaries.

With digital storycraft ranging from Web episodes of a mere fifteen seconds in length to “Strowlers,” a shared multi-platform collaboration from Zombie Orpheus Entertainment that allows any creator to contribute works in the “Strowlerverse,” SWF 2016 combined the talents and diversity of top digital story-tellers in a city that is winning worldwide acclaim for its prominence in the new genre. The 90’s spawned Seattle Grunge. Now Seattle is emerging as the hub for multi-channel, multi-format, multimedia and something new — transmedia — that integrates digital movie making with comics and gaming.

TJ Walker, the creator of Phoenix Run, Peter Adkinson, creator of the Gen Con gaming festival, and Van Alan, who has raised a “yuuge” bounty of Kickstarter funds to turn Automata into a live action Web series based on the creations of Seattle’s Penny-Arcade, are among the panelists who are minting the transmedia concept, in a city that is very much at home with digital game development.

Five panel discussions throughout the day spotlighted the state of Web-based story crafting from several perspectives. Grants, funding and resources for Washington-based productions were explored in “Local Money.”  New ideas prepared for takeoff in “Pitching Your Series 101.”  “Engage Your Audience” struck the balance between social media, traditional marketing and guerrilla engagement. Makers were motivated with “The Art of DIY Distribution.”  Finally, the audience gained one-of-a-kind insight into the integration of “Gaming, Comics & Web Series,” the transmedia session.

From live action films to animation, the diversity of offerings at this year’s festival could  be appreciated both on-screen and off. “While the recent Academy Awards were criticized for being all white, we are proud of the fact that over 70.5% of selections for this year’s SWF awards were created by and/or feature women or people of color,” said the festival’s co-founder and programming director, Liz Ellis.

SWF was co-founded by a trio of independent infopreneurs and Web auteurs and is being produced by a small army of volunteers and sponsors that include Vimeo, the Seatte Film Institute, Frostbite Pictures and the Northwest Film Forum, not to mention the Seattle Web Series Meetup, part of the DNA for the new media festival.

Co-founder and Communications Director, Darlene Sellers, is a host of the Seattle Web Series Meetup and a regular and welcome face at web series events around the country. Sellers co-created the beloved Kung-Fu spoof series, Chop Socky Boom . The Festival’s Technical Director and co-founder, Matt Longmire, is also the writer and director of the show The River which involves an ensemble cast struggling to survive in a deadly underground game of poker. The co-founder and programming star, Liz Ellis, created WRECKED, a “very Seattle” web sitcom and is a co-founder of the Bainbridge Island-based little-media-company-that-could, Honey Toad Studio.

Web television series have continued to gain in popularity and notoriety. In a move to recognize the boom in digital content, the Television Academy added new categories to the Emmy Awards which will recognize short-form series in 2016. The Emmys will compete with existing franchises already trying to corner the market on awards for excellence in digital video, including the’ Streamy Awards and the International Academy of Web TV Awards.

“SWF is uniquely dedicated to bringing these Web series to the public in a way that informs, entertains and inspires,” said Ellis. “There is so much content to filter. For us to be able to bring some of the finest Web series creators into a forum where they can connect with their audience and engage in a meaningful way — that’s the real goal of Seattle Web Fest.”

And the Winners are:

For photos of the winners and and an introduction to the Awards Jurors, visit the SWF 2016 Awards page.  [24×7] 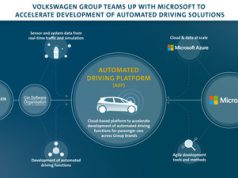