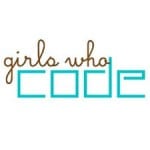 Expedia.com, one of the world’s largest full service online travel sites*, announced the kick-off of its summer with Girls Who Code – a national non-profit organization that seeks to inspire, educate and equip girls with computing skills for the 21st century.

Expedia, Inc. will host 30 high school girls at its headquarters: 20 in the widely celebrated Girls Who Code Summer Immersion Program beginning June 29, 2015, and 10 in an all new Expedia Apprenticeship Program, that already began with enthusiasm from participants and Expedia employees.

Summer Immersion Program participants will experience a robust curriculum of daily classroom instruction plus workshops and demos led by a handpicked team of Expedia’s remarkable female Computer Science engineers, designers, and leaders in the technology sector. Students will receive more than 250 hours of intensive training and hands on experience in a variety of computer science disciplines.

The new Expedia Apprenticeship Program will provide a unique and engaging educational experience for local young women who have previously participated in the Girls Who Code Summer Immersion Program. The girls will be embedded directly into engineering teams and will be coached and managed directly by Expedia employees. This level of one-on-one mentoring, guidance and encouragement from top CS professionals will provide unparalleled perspective and advocacy towards establishing careers in the industry.

“Expedia is a highly regarded technology company with some of the best computer scientists and engineers in the industry. We’re excited to collaborate with such a widely-renowned organization to help train, mentor, and empower talented young women to pursue and excel in technology careers,” said Elena Camerini, Director of Technology at Expedia.com. “It is important for our communities to come together to open new doors for young women. The Girls Who Code program is a great indicator of how top companies like Expedia can play a prominent role in the careers of tomorrow’s female leaders.”

In addition to classroom education, girls enrolled in the two programs will also receive exposure to the world of computer science through local field trips and interactions with other industry leaders.

“We’re inspired that a powerhouse technology company such as Expedia, Inc. has invested in taking our movement to the next level this summer. The gender gap isn’t just a Silicon Valley issue anymore,” said Reshma Saujani, founder and CEO of Girls Who Code. “The shortage of women in technical roles, whether it’s retail, entertainment or finance, is a massive crisis both in terms of innovation and socio-economic equality throughout the United States. Girls Who Code has established a successful track record of empowering girls to pursue majors and eventually careers in computer science.”

Currently, women make up the majority of the labor force nationwide, but hold only 25 percent of the jobs in computing and technical fields. By 2020, there will be 1.4 million jobs available in the computing related fields, however women educated in the U.S. are only on pace to fill 3 percent of these positions.

Expedia, Inc. will join other leading companies including Accenture, Adobe, AIG, AT&T, Electronic Arts, Facebook, GE, Google, IBM, Microsoft, Pixar Animation Studios, The Honest Company, and Twitter in the critical effort to close the gender gap in the computing and technology sector. This year, Girls Who Code will host 57 programs reaching close to 1,200 girls in nine cities nationwide throughout the summer, representing a significant increase from the 19 programs serving 375 girls in 2014.