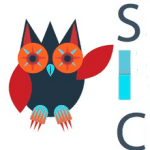 The third edition of the annual Seattle Interactive Conference (www.seattleinteractive.com) has announced a powerful combination of presentations and panel discussions, structured networking events, master class sessions, and more for participants who Design, Develop or Program. Dedicated to the theme of “Transparency,” the three-day event is set for October 28-30 at The Conference Center of the Washington State Convention Center.

Seattle Mayor Mike McGinn will kick-off the conference with opening remarks on Monday morning, October 28 at 9:00 a.m., followed by a diverse roster of speakers and panelists representing many of the world’s most significant technology companies, along with visionary scientists, academic leaders, and daring inventors and entrepreneurs. Additionally, Microsoft, AT&T, and SIC have teamed-up for a pre-conference Hack-a-thon, detailed below.

In all, more than 100 speakers and panelists will be part of SIC 2013 programming tracks, focused on “Digital,” “Design,” and “Develop,” all under the Transparency umbrella.   Dedicated areas of focus are slated to range from online commerce and social media to Big Data, interactive advertising, responsive design, and more.  Some key new additions to SIC 2013 include: 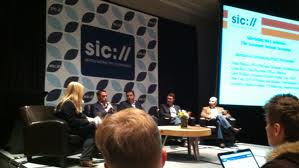 “When we look at interactive technology today, the theme of transparency is a near-constant companion, so we developed SIC 2013 to really examine this important topic from the perspectives of businesses, academia, and everyday consumers,” said Brian Rauschenbach, SIC curator.  “We are excited about the expansion of this year’s event, as it allows more time for both speakers and attendees to explore where we are now, as well as to dive into some very specific tactics, predictions, and useful recommendations.”

To learn more and register: www.seattleinteractive.com.  [24×7]