Home E-City Let’s Get Real
Twitter
Pinterest
WhatsApp
Email
Print
by Soula Jones
3.15.2000It’s the Ides of March, and at some local Internet companies the heady pre-IPO days have been replaced with silence and surliness. Evidently, some of our recently public stocks have failed to live up to workers’ expectations. The IPO price may have doubled or tripled. But even that is not enough. To feel truly successful, some workers (mostly mid-level execs, we’ve heard) need to see the price at least quadruple—ASAP.
Considering that most Seattle-area Internet IPOs are money-losing operations with no proprietary technology to their name, you’d think their mid-level execs would be ecstatic that the public is even willing to fund them. But no. Many of these people want the big payola that the founders and top execs probably already have.

Hubris Can Hurt
Perhaps the disaffected should read some Edith Hamilton, the classical mythology maven. What’s the greatest sin in the eyes of the gods? It is hubris, an overwhelming smugness that leads to disrespect for the forces of nature, or the stock market in this case.
People with an overload of hubris tend to throw caution to the wind. They forget the stock market—i.e. investor sentiment-is a force that commands awe and reverence (the process itself, not individual investors).
The IPO process should be treated with the same respect you have for a mountain upon starting to climb it. You fear it, but you accept the challenge and never forget that a landslide could wipe you out. Thinking “My company’s IPO is going to make me filthy rich,” is like thinking “Rainier is a cush climb.” Both remarks exhibit hubris in its purest, most-likely-to-be-struck-down form. Instead of feeling sorry for themselves, we suggest all IPO-deflated workers get real: respect the challenge of working at an Internet startup, and rise to the occasion. 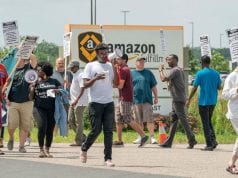