The tragic death of George Floyd was not an isolated incident. In order to understand this injustice, we must take the time to educate ourselves about the history of racist violence by White people against African Americans – and the intergenerational trauma it has caused.

The Northwest African American Museum is an institution which “envisions a Pacific Northwest region where the important histories, arts, and cultures of people of African descent are embraced as an essential part of our shared heritage and future.”

NAAM’s mission is to spread knowledge, understanding, and enjoyment of the histories, arts and cultures of people of African descent for the enrichment of all.

“At the heart of the African American experience in the Northwest is the story of our journey to this region, the establishment of our vibrant community, and the ways in which we have survived,” conveys the Website’s mission statement.

To tell this ever-unfolding story, the museum’s exhibitions and programs feature the visual arts, music, crafts, literature and history of African Americans in the Northwest.

The museum is physically located at 2300 South Massachusetts Street in Seattle.

Take the Freedom Survey for Juneteenth 2020

On June 19th, aka Juneteenth, six museums will join forces to celebrate Black freedom. Join in and subscribe at blkfreedom.org. Take the survey at https://www.surveymonkey.com/r/blkfreedom.

Juneteenth (a portmanteau of “June” and “nineteenth”), also known as Freedom Day, is an American holiday celebrated on June 19. On June 19, 1865, the Emancipation Proclamation— which had been issued on January 1, 1863— was read to enslaved African-Americans in Texas by Gordon Granger. Texas was the last Confederate State to have the proclamation announced, after the end of the American Civil War in April of that year. Texas was the most remote of the slave states, and minimal fighting meant there were few Union troops present to enforce the Emancipation Proclamation until after the war ended. Activists are pushing Congress to recognize Juneteenth as a national holiday. Juneteenth is recognized as a state holiday or special day of observance in 47 of the 50 states.

An online survey posted by the movement asks the question: “In your own words, what does FREEDOM mean to you?” Respondents can choose to include their names for use on social media or remain anonymous.

A currently running virtual exhibit at NAAM is entitled Algorithm:Archetype and presents three-dimensional ceramic art by artist, designer and engineer Christopher Shaw. Minimalist works in clay urge us to consider how objects carry the seeds of culture.

Iconic Black Women: Ain’t I a Woman by artist and entrepreneur Hiawatha D. celebrates over 25 impactful black women in a collection of vibrant portraits. Now viewable online, the gallery was featured at the Northwest African American Museum from October 2019 – March 2020. Through a series of interactive events and activations that took place December through February, hundreds of community members engaged with the exhibit.

“The sacrifices and accomplishments Black women make are rarely celebrated…My work has always been supported by Black women from across my many communities and through this collection, I can share my love and appreciation for the foundation they all provide in supporting and sustaining our culture and communities,” said the artist.

Additional online resources featured on the site include links to the National Museum of African American History and Culture, the Schomburg Center for Research in Black Culture, and BlackPast.org. [24×7] 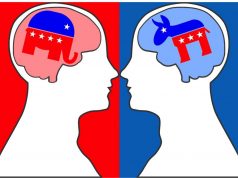