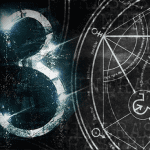 According to Pythagoras, the number 3, which he called a triad, is the noblest of all digits. Everything in the universe has a three-part structure, he stated, and every problem in the universe can be reduced diagrammatically to a triangle and the number three.

In developing great software, version 3.0 also holds special significance. It represents a kind of maturity, emerging from software adolescence into adulthood.  The number three of Arthur C. Clarke’s Three Laws states that:”Any sufficiently advanced technology is indistinguishable from magic.” And counting to three is common in situations where a group of people wish to perform an action in synchrony: Now, on the count of three, everybody pull!

For the highly regarded, longtime, Seattle-based Mac developers known as BusyMac, the much-anticipated release of BusyCal 3, a major upgrade to its best-in-class calendar app for Mac OS X, has triangulated the concept of calendar synchronization. “On the count of three, sync your BusyCal 3 desktop calendar with your iPhone and your iPad. Sync your Mac Calendar with Google Calendar, The Exchange, and iOS! BusyCal 3 makes it happen!”

BusyCal 3 has been completely redesigned leaving no pixel untouched. Every window, panel, font and user interface element has been redesigned with a more modern view.

What makes BusyCal unique is its ability to customize its views (Day, Week, Month, Year and List), to more precisely meet your needs. Users may choose the number of weeks displayed in month view or the number of days shown in week view. BusyCal lets you quickly change your viewpoint  for both long-range planning and focusing on the details of daily events. With new infinite scrolling, moving from day to day or week to week is an effortless glide on a trackpad. 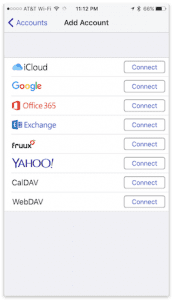 Another new feature in BusyCal 3 is support for travel time, a much requested feature. Travel time allows users to block out the necessary time to travel to an event location. Users can set a fixed amount of travel time or determine it automatically using the integrated support for Apple Maps and Location Services. Users can even receive alerts when it’s time to leave as traffic conditions change.

Synchronicity also means that you calendar information should intuitively be placed at your fingertips. The menu bar app in BusyCal 3 now displays a navigable mini-month calendar with colored dots and bars that provide a visual density map of the user’s availability. A scrolling list of events is displayed in the menu along with a 10-day weather forecast. Users may click on an event in the menu bar to view its details, and create new events and to dos using natural language. And the menu bar app runs independently from the desktop app, so users always have access to their schedule.

One of BusyCal’s most popular features is its support for To-Sos that are integrated into the calendar, display on the date they are due, and carry forward until completed. In BusyCal 3 support has been added for Timed-To-Dos that occur at a specific time of day and appear inline with calendar events. It’s great for managing both calendar events and tasks in one app. And BusyCal To-Dos are compatible and sync with the Reminders app on Mac and iOS. 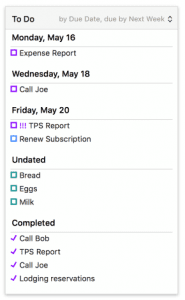 We’ve saved what could be the best news for iOS users until now. For the first time ever, BusyCal is now available for iOS, offering the same power, flexibility, and reliability BusyCal for Mac users have enjoyed for years, including customizable views, integrated to dos, travel time, live weather forecasts, and more. And like its desktop counterpart, BusyCal for iOS is compatible with iCloud, Google Calendar, Exchange, and other leading calendar services.

BusyCal 3 for Mac is available now on the BusyMac Store at the following prices:

See Upgrading to BusyCal 3 for more info on how to qualify for upgrade pricing.

BusyCal 3 for iOS is available now on the App Store for an introductory price of $4.99.

BusyMac was founded in 2007 by Dave Riggle and John Chaffee. For more information on BusyMac, visit www.busymac.com.[24×7]