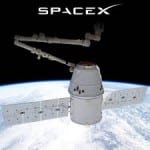 As federal and state officials sipped champagne from SpaceX logo-etched glasses, alongside a raft of recruitable aerospace engineers at Seattle’s Fisher Pavilion beneath the Seattle Space Needle, serial entrepreneur and tech billionaire Elon Musk shed new light on on his plans for a SpaceX engineering office in the neighborhood.

Like stepping stones in the Japanese game of Go, Musk’s vision is to build a constellation of some 4,000 satellites, a network in space that could deliver high-speed Internet access anywhere on Earth.

What does all of this have to do with the “red planet” of Mars?

The South African-born Musk, 43, who made his fortune as a co-founder of PayPal, then started Tesla Motors to reinvent the car and SpaceX to pursue his Mars ambition, told the crowd that the satellite endeavor is “all for the purpose of generating revenue to pay for a city on Mars.” 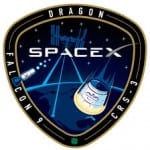 Watch a video of the SpaceX proceedings that could be considered Mars very first launch party: