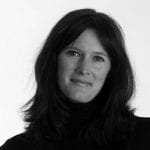 The diary of a publicly-owned American company, from its Annual Report to Stockholders, (AR), to its public statement of Corporate Social Responsibility,(CSR), is a living history that is formulated, documented, and published chapter and verse, bits and bytes, in a recurring annual ritual. The design arbiter of that publishing process for America’s leading companies, otherwise known as the Fortune 100, is none other than Methodologie.

In recent years, the Seattle firm has chronicled the evolution of the annual reporting vehicle as a barometer of the state of the art in corporate communication. In this year’s report, released just a few days ago, Methodologie has marked a turning point in publishing history in the use of social media.

Even against the backdrop of economic doldrums, the evolution of the annual report as a medium continues to advance in “reaching broader audiences of stakeholders and developing online tools that capture more than just a moment in time,” according to Methodologies’ Shannyn Lee.

This year, Methodologie, who develops AR’s and CSR’s for such corporate titans as, (alphabetically), Accenture, Alaska Airlines, Boeing, Coca-Cola, and GAP, Inc., among others, began tracking the use of social media in its Annual Review of Corporate Reports.

“When it comes to Corporate Social Responsibility, our focus is on the balance of people, profit and planet,” said Shannyn. To that end, Methodologie has developed a unique reporting product of its own known as the Evergreen Report Online. It is, in effect, a living, breathing, online report on corporate sustainability that continues to grow as it is updated over time,” says Lee.

• the bumper crop of Fortune 100 annual reports resulted in 69 editions being published as printed reports.

• 42 were produced as both print and online versions

• 48 appeared as online “only” reports (not counting the official 10-K filing with SEC.

• 79 companies posted a PDF on their website and 23 included PDF “interactivity” in the form of bookmarks.

“The most prominent social media form we are noting is the invitation for readers to share the documents they are reading with others,” said Lee.

Download a free copy of the Methodologie report online. [24×7]