….OK, so you don’t know an IPO from a BLT, think a “cooling off period” is what’s put the big chill on dot com’s lately, and a “lock-up period” is what happens to CEO’s who tell little white lies. You’ve come to the right place. Just as there’s no bad time to make a smart investment, there are no dumb questions when it comes to investing in start–up companies. Only dumb investors. I mean, who would have predicted that the time involved to take a company public would shrink from ten good market-leading years to ten less-than-profitable months? Not the Ignoramus. He knew enough to ask…

QUESTION: What is a “Road Show?”

ANSWER: A road show – sometimes called a “dog and pony show” – is a compact series of investor presentations by the senior management of a company that is hoping to go public, acquire venture financing, or issue bonds or other securities. Road shows, which are typically concentrated in major financial centers around the country, allow issuers to meet with dozens of institutional investors over several days or weeks to present the company’s financial outlook, product offerings and key managers. Generally, road shows are face-to-face meetings, but online and video presentations are becoming more common.

QUESTION: What is a “market maker?”

QUESTION: What is a “shelf registration?”

QUESTION: What is a “follow-on offering”?

ANSWER: A “follow-on offering” is a generic term used to describe several categories of post-IPO stock offerings. To raise additional capital, a company will sometimes issue more new shares in a subsequent “primary” offering. Other times, a company will engage in “secondary” offerings in which it registers existing shares for the benefit of current shareholders. For example, a secondary offering may be undertaken to meet a contractual registration right held by a venture capital fund with respect to shares it owns.

….Underwriters sometimes allow a company’s founders, executives, and certain investors to “piggyback” on a follow-on offering and sell shares before the expiration of the original IPO lock-up. Thus, they are not only able to sell some of their shares earlier, but they can also sell registered shares without the limitations of Rule 144 (see “On the Inside” column below).

QUESTION: What is a lock-up period?

ANSWER: A lock up period is a pre-specified period of time – typically the first 180 days after an IPO – when a company’s executives, officers and other insiders are restricted from selling their shares. Underwriters impose lock-ups because they are concerned that if insiders sell shares soon after an IPO, the company’s stock price will fall, undermining the initial public offering price and the post-IPO trading market.

QUESTION: What is “restricted stock”?

ANSWER: Restricted stock refers to outright grants of company stock to employees or other service providers. Restricted stock is usually granted only to key employees and executives of a company. The stock is “restricted” in the sense that it is subject to a vesting schedule, which can be time- or performance-based, and other limitations on transferability or sale that the company might impose.

QUESTION: What is a company’s “cooling off” period?

ANSWER: The timeframe between the filing of its preliminary prospectus with the SEC and the initial public offering of its stock.

QUESTION: Why do some companies issue “tracking stock”?

….Tracking stock can also be used as currency to make acquisitions or as an employee motivation tool, since a worker’s stock option plan can be aligned with the performance of his or her business unit, rather than the entire company’s performance.

QUESTION: What differentiates Series A, Series B and subsequent funding rounds from each other in the financing of early stage companies?

….In addition to the timing of each round, the valuation and rights granted to investors — voting rights, liquidation preference, dividends and more — can vary greatly from round to round. Investor rights are a function of, among other things, the amount invested, the supply of available capital and the terms granted to investors in prior rounds.

Thanks to EDGAR and IPO-Express for help from and for the above. 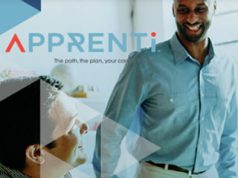 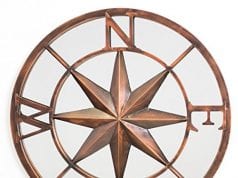