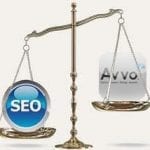 When Avvo burst onto the Internet scene as the first online professional directory to algorithmically score and rate attorneys, (and later, doctors and dentists), according to an empirical set of ranking criteria, the white-collar world world was spun off of its traditional axis.

In the new world order of the computer-mediated Internet, Google had already demonstrated how its composite of reporting signals provided highly reliable ranking results. Shortly thereafter, a plethora of rating and review services, from Angie’s List to TripAdvisor to Epinions to Yelp arrived to “daylight” the evaluation process.  While many lawyers (the first group Avvo rated), were complimentary about the idea of earning a “credit score” reflecting their stature and accomplishments, others were initially contemptuous (especially those with unresolved issues with their respective Bar Associations).  Today, as Avvo director Rich Barton exclaimed at the recent Avvocating 2012 conference in Seattle, “Everything that can be reviewed will be reviewed.”

Before we go into “best practices” for Avvo on-page optimization, a classic online marketing truth, with a capital letter  “T,” warrants close attention.  It’s important to keep in mind that in the sphere of e-commerce, a ranking is less important than the ultimate goal of  a “conversion.”  It’s the “click-through” most businesses are after that creates a successful “engagement” with a prospective client, not simply the numerical rating.

According to an April 2012 survey of legal professionals, 56 percent of respondents reported that, outside of offline referrals, the majority of their new business is generated online through lawyer directories, rating and review sites.  Among Avvo’s users, more than 87 percent of lawyer reviews are positive and over 89 percent say they would recommend their attorney to others.

For example, Avvo has shown that lawyer Profiles with more than 20 reviews get up to 7X more traffic.  Greater page views correlates with higher conversion,  not with an Avvo rating.  Another example is Avvo’s wildly popular and dynamic Question-and-Answer Forum.  Here, attorneys can respond to visitors’ legal questions in one or more topic areas, add to or endorse other attorneys’ answers and create high visibility for themselves by engaging socially.

In other words, high ranking and high visibility are two very different things on Avvo.

In addition to commenting in Avvo Answers, lawyers can also author and publish one or more Legal Guides, and make them ready for download from inside their Avvo Profile. A Legal Guide can serve as an invaluable resource that will let the lawyer’s personality, expertise and communications style shine through on any legal topic whatsoever.

Think of self-published Legal Guides as “relationship builders.”  Avvo acknowledges that it cannot otherwise measure subjective factors like an attorney’s personality or communication style, at least not yet.  Also, the Avvo Rating does not take into account a lawyer’s performance, or a doctor’s “bedside manner,” on particular cases or matters. Social interaction on the Avvo site is the way to convey those attributes.

Besides posting either “Answers” or “Guides,”  or both, Avvo recommends lawyers solicit two or more client reviews and seek peer endorsements from colleagues or opposing counsel.

So how does Avvo’s model define and interpret the statistical computations that determine professional excellence?  What are the standards for top performance? What things count — either for or against — earning a high rating on Avvo, one that can engender community trust and build credibility within the marketplace.

Avvo Chief Technology Officer, Sandi Widjaja, is most proud of the fact that the Avvo system is even less susceptible to “gaming” than Google is, since social media metrics like the number of backlinks, Facebook “Likes,” Twitter “Followers” or other popularity signals are not presently taken into account.

Widjaja created a system where it is not It is not possible to “game” an Avvo rating.  Still knowing the rules of the game (like the ability to call ‘balls and strikes’ as Chief Justice Roberts might say), can make a  difference in getting your fair share of Avvo rating’s attention and exposure.

Let’s outline the Avvo ranking factors, indicating what may be a positive for attracting interest and attention on the Website itself (and earning clickthroughs)  vs. those factors that actually translate to a higher Avvo score.  Note: While these criteria apply to attorney’s there are certain commonalities between the legal, medial and dental fields. Our analysis will look at the legal listings.

Both the Practice Area Specialties you select and the Percentage of Practice devoted to those specialties matter. Be specific when choosing your Practice Area(s), asking yourself how you would like to be found primarily and secondarily in the search results, before getting to other-sub-specialties?  Avvo suggests you limit your Practice Areas to five areas or less. Avvo gives you the ability to amplify on these Practice areas by providing more information in the descriptions of each area.

Make sure all the essentials are covered. Your firm name, email, address and phone numbers should correspond with other online citations such as Internet Yellow Pages, a Google Local Places Page, a Bing or Yelp page, and national directory clearinghouses like Acxiom, InfoUSA, and Localeze.  With Avvo you have a bit more flexibility since the Profile is individualized so your personal contact phone, for instance, can be included without creating havoc with Google’s algorithm.

You should definitely include other office locations and you can choose to link to your Profiles on LinkedIn, Facebook. Twitter or a blog on WordPress, Blogger or another service.  None of these criteria have any independent ranking significance when it comes to your Avvo score. 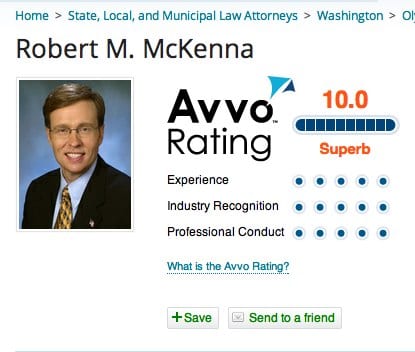 Avvo recommends starting this section with a personalized message or welcome statement depicting what potential clients can expect upon contacting you.

This section is also the place where you can make a strong first impression by including photographs and multimedia video files.

Here again, while you can get creative with images and videos, this section does not carry any independent algorithmic weight in ranking.  Unlike Linkedin, which gives you extra credit for simply completing 100% of your Profile, none of this information is mandatory, although it is obviously preferable for expressing your personal “brand statement.

Having said that, Avvo research reveals that Profiles with photos included get viewed up to 7X more than those without photos.

This is the traditional “Resume” section of the Profile. Besides listing every position you have occupied as a licensed attorney, be sure to include any law clerk experience. professorships or teaching experience.

Make sure you have listed both undergraduate and Law School information and any additional degrees such an LLM or other Master’s degree. Save any certifications for the next section.

Legal awards, such as Martindale Hubbell, Super Lawyers, Best Lawyers in America, have all become virtual household names. Include a separate entry for each award you may have received and enter the award for each year granted.  Any board certifications or other legal certifications should also be listed here.

This is a key area of algorithmic significance since Avvo considers these signals to be of high value.

Of course, you will want to include your affiliations with any professional associations, including bar associations, but especially so if you have been an officer or held another leadership position with the association.

Avvo considers Publications to be a legitimate endorsement of your expertise on a specific legal topic.  Getting published in a legal journal or Bar newsletter is a great way to get recognition for your peers…and from Avvo.

Likewise, any public speaking engagements you have engaged in should be listed here by topic. 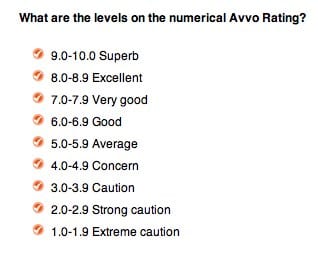 A word to the wise, from the wise, getting positive words of recommendation or endorsements from fellow legal professionals is a definite ranking factor and, along with publications and association positions, one of the most often overlooked attribute attorneys fail to include in their Avvo Profile.

When it comes to Client Reviews, those can be very useful in drawing attention to a particular legal area or highlighting more of your firm’s service approach, but since they are written by the layperson. and not by other legal experts, they are not considered as independent ranking signal.

Note: Client testimonials have a greater ranking value on local search engine pages like Google Places and Bing Local where reviewers can add stars or quotations that brighten up your listing.

Recency AKA “Freshness” = A Plus!

If at first you don’t succeed in attaining an optimal Avvo Profile, chances are there is something you need to update. In fact, if you’ve NEVER updated your Avvo Profile it could just be covered in cobwebs. With search engines of every stripe, “freshness” is a benefit. It puts the Web crawler on notice that you are taking the time to actively edit and improve your Profile so it will come back to crawl again sooner (otherwise why bother?).  Freshness is key! Your most recent information  matters…a lot!

Speaking of recency, lawyers who are late to the Avvo Forum may have the opposite problem: information decay or obsolescence. For some lawyers, Avvo may only have obtained publicly available information from state bar associations or other organizations that license lawyers. If that is all Avvvo knows about the lawyer, they will display an Avvo Rating for the lawyer of either “Attention” or “No Concern.” The “Attention” rating indicates there is information in the licensing records that, in our opinion, needs attentio, such as a disciplinary action against a lawyer without offsetting positive information. Otherwise, Avvo will display the “No Concern” rating.  [24×7]

Want More Info and a “Virtual Tour?”
Attend a Free Avvo Webinar: How to Maximize Your Avvo Profile
Date:  Thursday, May 31 10AM PT
Sign up: http://www2.gotomeeting.com/register/155664970